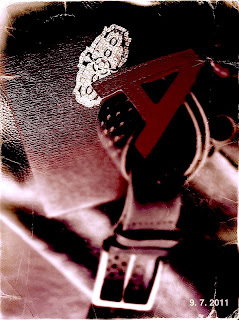 I had wanted to this to be a whip crack. A brutal Drag Marlene, sneering and soft at the same time, Destry riding again, putting out for the boys in the backroom.  So at first I was a little disappointed. Bottega Veneta’s first foray into scent just plain puzzled me.

The Bottega Veneta campaign is beautiful. The tremulous Grecian beauty of Nine D’Urso the shockingly beautiful daughter of style icon Ines de la Fressange, photographed by Bruce Weber. The fit is divine.  Weber has produced a pared down campaign that Cecil Beaton would be proud of. I just wasn’t sure about the juice. The scent seemed transparent and fleeting; an exercise in over-precise ingredients and attention to effect rather than overall mood and actual drydown and bloom on the skin. But in fact I was very wrong. It is an exquisite and intricate exploration of subtlety. The subtlety of wealth in fact, the kind of access to certain kinds of gardens, books, fabrics, skincare; maintenance, that only money can buy. Not fast and vulgar money, but old money, flowing through years of bloodlines, glimpsed in details: shoes, watches, seams, cuffs, the soft curve of a expensive manicure, the cut of a collar, the scent of a expensive throat. This secretive wealth of the privately acquired; the ordered and ultrafine is encapsulated in Bottega Veneta’s new fragrance, an understated statement of luxurious intent.

There was a lot of expectation for this fragrance. There have been scented products before, a graceful candle range, with notes of leather, wood and freshly mown hay, in collaboration with Olivia Giacobetti and L’Artisan Parfumeur. The brand has come of age recently after years of languishing on the sidelines as other leather accessories brands stormed the citadels of taste and occasional vulgarity.  Some rose, some fell. Some sold out, others remained quietly luxurious and discreetly covetable. Bottega waited and watched. The name itself means Venetian Atelier and was founded in 1966.  It was briefly a hugely influential jet set brand when the jet set was actually something exciting and fun to be part of. Andy Warhol famously created a small film for Bottega in the giddy 1980s. The Gucci Group took control of the brand in 2002 and invited German designer Tomas Maier to head up the company. It was Maier who reinvigorated and honed Bottega, making the trademark woven leather technique known as intrecciato the central motif of the brand.


It seemed only right that the BV’s first fragrance would look at leather in some way. I just wondered how much.  I took samples and persisted in wearing it. Then I fell in love. I’d been there before with Kelly Calèche by Hermes, a scent I loathed on first meeting, it almost gave me nightmares. The mimosa/tuberose clash with Barenia calf leather extracts made my head spin. Now however, I wear the perfume extract with obsessional devotion. Applied like holy oil before I retire to bed, so I can fade into the night, anointed like expensive arm candy. So I played the waiting game, clean skin, sampling the BV at different times of the day, in different moods and noted my growing attraction to its complex and subtle charms.

I first tried it alongside the newly launched Elie Saab fragrance, the debut scent from the renowned and beloved couturier. It made me wince in shock. It flails at you with all the empty tricks of the modern synthetic floral. There is no depth, wonder or grace. The drydown stretches out to an infinity of charmless banality. It continues to amaze me that talented designers allow their names to be splashed over scents of astonishing mediocrity. Apart from the obvious superstar scents (Chanel etc...) any recent attempts have been flawed, failed or just downright dreadful. The green, twisted animalic Margiela fragrance was very strange indeed. Didn’t do it for me, but at least it pushed at the extremities. I had a soft spot for the gentle hushed tones of the Alberta Feretti. There was a kind of solar embrace that radiated from the combination of Casablanca lily, patchouli and amber.

I loved Galliano’s debut scent. Ghastly Taboo/New Romantic style bottle, but the juice was sensational. All his memories, invented or otherwise of the atelier: starch and laundry, the scent of all mothers, patisseries, the metallic hiss of steam presses, violets, vanilla and a almost near perfect rendering of the nostalgie volée of bygone couture. It was beautifully odd, a little French with a touch of English brutality, a dash of outsider and a yearning always for romantic transformation through beauty. A statement in scent for the maligned and troubled man himself.

McQueen’s original Kingdom was shocking too. Disturbing, sensual and repulsive depending on who you spoke to (or sat next to.....). The enamelled sweatiness that rolled off it was rather compulsive and I admit to totally overwearing it for months, before one day, realising I could possibly never wear it again. But I still remember that when it lost its strident 70s’ scene-queen call of spices and brooding violence, it was surprisingly haunting and echoed a sweeter more vanillic chai note that made it quite spectacular and could stop a room dead if you put your mind to it. Sadly it paved the way for far too many copycats that emerged from murky shadows and did the spice, sweat and floral overdose thing with far less style and individuality.

But back to leathered whisperings. There is something very reserved and grown up about the BV. A little apart, in that subtle way the  moneyed classes often have. Always keeping just the right amount of distance. Awareness of the correct body language and personal space. The right kind of cashmere bloom, heirloom pearls worn on luminous skin. That flawless soft beige toned elegance that always reminds me of the radiance of poor lost Carolyn Bissette Kennedy. Her beauty was astonishing. Her death so young has allowed her image, that compelling blend of American youth and European insouciance to remain so very captivating. The BV campaign has a ghost of her, an echo in the haunted poised aristocracy, the aloofness.

Created by the unpredictable but always interesting Michel Almairac, the BV fragrance is the scent of the inside of an aged leather bag; the leather exuding time, the accumulation of lives, the soft comfort of spilt inks, the lunar glow of pearls, powder, rosaceous lipsticks, money and the threadbare crumple of tissues. It is the perception of a treasured timepiece, a piece of jewellery handled to subtle faded luminosity by years of delicate wear. It is the beauty of porcelain held up to the light, a pen that has flowed for a hundred years. The subtle eggshell washes on walls and varnished tones in portraits that accumulate with time. All these intriguing and charismatic abstractions radiate softly through the eau de parfum by BV. It takes a little time for the real beauty of the notes to really shine through. I sprayed it on liberally and wandered through rainy Edinburgh streets. The top notes were memories of mothers leaning down to say goodnight before heading out into the night to be glamorous and glow. Real, imagined or entirely fictional, this image is very convincing as the notes of jasmine and patchouli mingle and dance. I love the pink pepper; a touch of Mad Men voluptuousness, a dash of oakmoss and freshly mown hay effects is Audrey Hepburn in giddy Roman Holiday mode. Then it blurs and softens into a sheer and whispering leather that haunts the skin for hours before slowly slipping away like a clandestine lover in the night.

It is a challenging scent. I know some people hate it. Some found it utterly disappointing and as I said at the beginning of this post I was hoping for something punchier with a more ramped up take on leather. I wanted pungency and slap, something more akin to Knize 10. But why should it be? It is a beautifully atmospheric take on European Society sophistication. Tomas Meier has described the scent as hay and flowers smelled though the open window of a library lined with old books. But does that piece of marketing puffery do the fragrance any real justice? The leather of old books, vellum and the vanillic dissolve of aging paper do ripple though the fragrance.

For me is a contemplative and solitary scent, intensely private. Wearing this atmospheric and softly spoken fragrance allows me to indulge quietly in my passion for luxury leather and a yearning for yesteryear, tinted with a haunting ode to lipstick traces, powder and all the associations of handed down heritage. It is an exercise in restraint and quiet bygone style.


Beautiful and imaginative website from Bottega Veneta for their fragrance: