A Bouquet of Glass & Fur: ‘Vitriol D’Oeillet’ by Serge Lutens 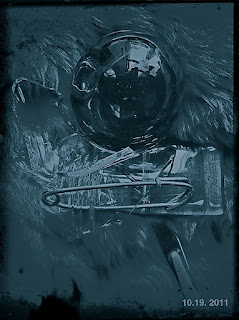 Dianthus Caryophyllus or carnation is to many people just a pitiful bouquet filler, a garage forecourt or supermarket standby. Maligned and mocked, carnations have drifted from serious consideration as floral heavyweights into a strange world of pseudo-bloom, neither here nor there. Yes they are flowers, but hardly worthy of real attention. But they are also my birth flower, the bloom of January. The white carnation signifying innocence and pure love. They are surrounded by stories and symbolism. Purple carnations represent capriciousness, pink flowers for gratitude. In France they are ominous flowers, cursed, funereal, associated with misfortune and bad luck. Yet Christians believe the original carnations sprang from the soil where Mary’s anguished tears hit the ground as she witnessed her son’s anguished stagger under the weight of the cross toward Golgotha. This transfiguration of pain into beauty is a powerful and sobering image of the mocked carnation.

Carnations rarely smell of anything any more, often just the cellophane they are wrapped in or the tiniest whisper of a memory of a scent. But I remember being in Athens as a child, smelling a garden, just off a city square, awash with frilled and jagged carnations, the air choked with the sweet rubicund aroma of their perfume. Bees filled the air, thrumming their wings in the oppressive Greek summer heat.

So I do have a soft spot for carnations tucked away in my olfactory memory. I rarely find them replicated truthfully in fragrance. The effect is usually too heavy-handed or suffocatingly powdery. The use of eugenols (the aromachemicals used to conjure up the illusion of carnations) has become so strictly controlled by IFRA that the opportunities of ever really creating anything close to my carefully protected memory of that magical inhalation of spicy floral theatrics seems almost impossible.

The name dianthus roughly translates as flower of the gods, (dios + anthos) which is a world apart from the carnation’s often reviled image as perennial boutonnières, café table decorations and the predictable partner to Baby’s Breath in a million bouquets. The origin of the word carnation is little more complex and weird. Probably originating from carnation-, (stem of carnatio), late Latin for likeness of flesh, referring to the colour that was typical of the earliest flowers. Another theory ties the name to a corruption of the word coronation, referring to the crown-like corolla effect of the petals. Either way I rather like the image of a fleshy corrupted crown, it appeals to the Cronenberg in me.

I have worked in places over the years where the use of them was banned in floral displays as cheap and degrading. I’ve known people go hysterical at the sight of them in bouquets, tearing them out and flinging them to the ground. An extreme reaction to a bloom, that if scented and I mean deeply, richly, clovely powdered and brimming with boudoir carnality is quite simply heart stopping. They can reek of Wildean pomposity and desire; bear witness to deviance and the spilling of erotic ink and blood. In many a buttonhole and nosegay, I imagine the humble, yet haughty and sensual carnation the unblinking chronicler of a bygone era where rules wavered and lines blurred, yet somehow propriety held sway, just.

I stumbled on Vitriol D’Oeillet when I was revisiting Sa Majesté La Rose for one of my Rose Essays. I like the name. Bitter or Vituperative Carnation. Vitriol is one of those onomatopoeic words that reveling in its own sound. It’s an abrasive chemical word and used to describe severe and strong criticism. (Oil of vitriol is also another name for sulphuric acid). Vitriol is derived from vitrum, Latin for glass, referring to the glossy and smoky look of the chemical sulphates used in the early glass-making processes.

I sprayed it straight onto my skin. My, my, it was dark. I felt a sudden chill, like night falling to the ground around me. I wanted furs to protect against the vaporous mélange of spices, woods and dry pungent floral echoes. It was as if I were alone in a murderous street, with the uneasy sensation of being followed. It was such a strange fragrance. Brittle and textured with a melancholy aura that radiated off the skin like the final tones of a hymn in a winter church.

It felt like a life already lived. Something possessing heft and magnitude. A celebration of dove grey morning lived in great love. But there was wickedness too, a lipstick trace of rebellion. The curling smile at a funeral, soft laughter in an empty room, the sense of something just beyond one’s vision.

Like many of Luten’s fragrances, the complexity is reassuringly startling. The plummy, smoky carnation accord is hidden behind shifting layered effects of powder and fireworks. Vitriol D’Oeillet is a bouquet of fur and glass, tactile, spiky and radiant. Grey, silvered fur, shimmering in moonlight reflected in a faded mirror. A Cocteau-like dream of refection and unpredictability. The glass is blurred and silvered with age. The vitriol swirls in the heart of the scent: cayenne, pepper and clove jostle for space on the skin. Unlike other carnation themed scents; Etro’s weird dancing Dianthus, Floris’ camp and seriously frivolous Malmaison, Caron’s Belle Époque Bellodgia, Penhaligon’s witchy LP No9 for Ladies and the deeply haunting Carnation by Mona di Orio, Luten’s Vitriol D’Oeillet is confrontational, seething with quiet passion. Less powder and floral tonality, more ambiguity and gloved hand at the throat.

The scent lingers for hours on the skin, rich and warm with a singular scorched plum note that I really like. It feels dirty and disheveled as it heads down into an ashen cedar finish. There were moments though when it smelled completely different, like its own mirror image, immaculate and groomed yet somehow struggling in its own skin, like a child forced to dress up for church. I love this shifting and discomfort, the scented twisting and turning. It happens a lot with Luten’s scents on my skin. Borneo 1834 descends into filthy forest floor applause from an awesome cocoa height. But the atmospherics in Borneo 1834 are huge, sweeping around, throwing the notes into the air: tobacco, cocoa powder, dried fruit, patchouli, rose and bitumen after rain. It’s Christopher Sheldrake’s extraordinary alchemical ability that produces these profoundly beautiful effects.

The carnation was considered the Dandy’s bloom, worn proudly in buttonholes, wildly speculated upon, people imagining a signaled world of abstract perversions. The oddity and sheer carnality of its scent is amazing. A true carnation smells of desire, of assignations, of flesh on flesh, the smear of lipstick of skin, the abrasion of beard on the inside of a thigh. It’s a lot to ask of a flower, a ravaged and maligned one at that. But wear some carnation. Live in Vitriol D’Oeillet, wear the fur, and look into the faded mirror. The heart will beat faster. Remember, Jane Eyre may have seemed to the outside world like a dun, grey ghost, but beneath a proudly held exterior beat a smouldering heart that burned up her world when given the chance to finally illuminate her love.