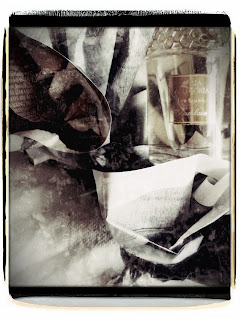 Who would have thought that Thierry Wasser would create his most beautiful work thus far for Guerlain as part of the more incidental and experimental Aqua Allegoria range? But that is what he has done with Lys Soleia.

Over the years a number of odd little fragrances have popped up among the Aqua Allegoria line. Originally launched in 1999 as a cheaper, lighter more spirited introduction to the Guerlain name, fragrances are added and taken away, year in year out. Some are lovely, delicately scented and sometimes erring on the quirky and strange side. What has been interesting is that if they don’t work, they are removed and replaced with something else and so on. The line has the feel of a testing ground, for playing with scented ideas. They are not expensive but still retain a quality feel to them. I really like the lightness they often have and the interesting and imaginative combinations of notes and ingredients.

I loved Rosa Blanca from 2011, a strange and zingy rose scent with touches of magnolia and luscious peach. Thierry Wasser’s Jasminora from 2011 did not sell well, but I really liked it’s snowy whiteness, the underpinning of galbanum and musks which gave the drydown a lovely laundry feel. My two favourites to date were the weird and wonderful Laurier Réglisse (2008) by Aurélien Guichard and Anisa Bella (2004) by Marie Salamange. The Laurier Réglisse had a delightful orange blossom giggling quality as it went on, supported by bay laurel and bergamot. I don’t normally like too much citrus, but any bitterness of the orange blossom was sublimated by the soft rooty drag of licquorice, a note I love but don’t come across that often in fragrance (apart from the deliriously trashy Loverdose by Diesel….). A lot of people hated Laurier Réglisse, complaining about longevity and a certain harshness or synthetic nature to the later stages of the drydown. But I like a whiff of plastics and burnt flex in my floral indolics, so I rather liked the ambiguous and trembling uncertainty of the licquorice and more verdant facets of the foliage. 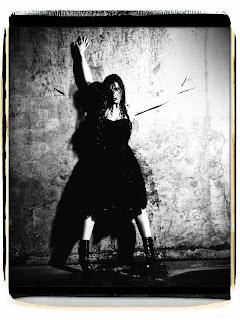 I tumble in and out of bed with Guerlain. It can often feel a little licentious. I flirt with the counters, fantasise about the vanillic rollercoaster filth of Double Spirtueuse Vanille , the haunting rosy-hued drydowns of Nahéma, the fire and ice eroticism of Jicky or the vast thrumming expanses of Derby. I imagine my skin lacquered in the legendary Guerlinade base, laying down spoors of chypré-tinted desire in a hundred imaginary nights. So many nights, rooms, hotels and sheets, so much skin scented with Guerlain. I can smell fingers and shoulders, echoes of Chamade, Insolence, Parure, Attrape Coeur and a tumble of mingled names and sly and fevered meetings.


Over the years however, I have occasionally wondered where this noble House was going. There have been good years and lean, sterile ones. There seemed to be an on/off sense of olfactory and stylistic schizophrenia at play. Sometimes rarified and pretentious scents were released with limited distribution and without any real thought to perfumery or effect. These ran alongside mass market and weakly executed fragrances that seemed to be mere reflections of other contemporary heavy hitters. Guerlain seemed to be playing catch up and then when in doubt, like many other brands to be fair, the prestigious House would fall back on their archives or iconic scents and tweak or re-orchestrate a classic or two and hope their loyal clientele would still dip their noses deep into the Guerlain myth. Yet, occasionally, amidst the darkness there was always something burning, the myth made real, a flame of beauteous love, a sense of real perfumery, sensual, connective and waiting to burnish a million skins. It is this potential and magic that binds followers loyally to Maison Guerlain.

Some houses are not really made to be too contemporary. Dior, Caron and Chanel also fall into this category, their attempts over the years to more blatantly follow trends or appeal to the fickle late teen/early twenties age bracket have come unstuck. Grand Houses need loyalty and to be honest the whole point of youth is disloyalty and fickleness. Everyone knows someone who has worn Mitsouko, Dioressence, Chanel No 5, the Garboesque drama of L’Heure Blue or the shimmering insouciance of Vol de Nuit. There is so much prestige and tactile luxury behind Maison Guerlain. The brand drips history like a comb oozing honey in the summer sun. Many brands go a little awry when attempting modernity. I mean…I know Dior Addict is successful but it is a horrific scent that sits awkwardly at Maison Dior. And what were Chanel thinking with Coco Noir? It is a dull, airbrushed confection with little merit. The bottle is beautiful (the only real Noir thing about it really…), but the juice could never claim to be anything other than generic. On the other hand Dior’s La Collection Privée and the Chanel Exclusives are very beautiful and have raised the bar in terms of archival reissues. A little restraint may be in order now though, they have been in danger of being over-stretched in recent years. There is only so much referencing of Chanel’s possessions and influences (Jersey, Cormomandal etc) and Christian Dior’s weekend pied-à-terre (Milly-La-Forêt) before it begins to sound a little arch and contrived. Sadly Caron have been over the place for years now. Their fragrances have been eroded by reformulation, strange, inappropriate launches and the resolutely old-fashioned tone of their PR and marketing.

I think a lot of big names were startled by the sudden and starry success of the first raft of Tom Ford Private Blend fragrances, which appeared all at once and offered men and women a sizeable scented whack of uber-glamourous alternatives to high street and more traditional established names. Ironically Ford basically paid homage to many of these iconic house in his own lacquered high fashion way, but I think it made many perfume houses realise that they could start charging more and customers started wanting something more than just relentless attempts to capture elusive perfumed zeitgeists. Ford’s trick was to make everything bigger, glossier and bolder. Sexy advertising and slick packaging dazzled the weary consumer eye. Essentially Ford sold his soul to the spirit of Studio 54, re-visited some great perfumery hits along the way and demonstrated how much he learnt at YSL and Gucci. Marrying it altogether with lashings of sex and of course himself at the hirsute centre was the icing on the cake. His fragrances have sold spectacularly well.