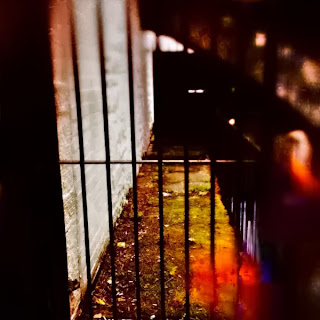 I love a vintage fragrance house. I mean a real vintage house, with dusty cobwebbed doors, crumbling damp walls, a bloom of mould, reeking of yesteryear, powdered ghosts roaming forgotten boudoirs and chapels reeking of fumy yesteryear. So many Houses either bury their past or fake and embellish the lineage, claiming false descendants, dubious provenance and elaborate reconstructions of past glories. Sometimes this is carried out with consummate brio, but there has to be full transparency and honesty about what it going on and the work being done with formulations and the olfactory genealogy otherwise the undertaking can seem pretentious and contrived.

I was alerted to the existence of Oriza L. Legrand by a friend and fellow perfume lover, Barry Wa. He has beautiful taste in scent and started a thread on Basenotes (as Prince Barry) about Oriza after finding there was hardly any info on the House out in the electronic ether. This thread grows week by week and really has raised the profile of this exquisite house. So I really have to thank Barry for sharing his love of Oriza with me.

There has been a resurgence in recent years of old fragrances house opening up their creaking vaults and re-launching their vintage style perfumes, soaps, creams and powders. Many old houses have died and taken their olfactory secrets to their powdered graves. Fashion and eras are fickle, taste is a brutal arbiter. In many ways this is how it should be, time moves on. A few truly inspirational and timeless behemoths survive through sheer force of adaptive will, modernisation, money, timing and sometimes luck. Chanel, Dior, Lauder, Guerlain, Caron (perhaps to a lesser degree) have seen off time and countless competitors to be with us today, still creating perfume that stands the test of time. Of course their work is different from originals, nothing is ever quite the same. But arguably the spirit remains.

Over time, smaller more unique Houses all over Europe have decayed into oblivion after years of fashionability, influence and popularity. Some of them, Floris, Creed, Penhaligon’s, Santa Maria Novella have survived into the modern era though, cautiously and not without problems and an erosion of credibilty.

Elisabeth de Feydeau, the French writer, lecturer and fragrance historian is credited by many for the resurgence in fascination with older lost houses, particularly French perfumeries. Elisabeth is an outstanding and illuminating writer, full of wit and charm, her knowledge of perfumery is both extensive and esoteric. Her book A Scented Palace: The Secret History of Marie Antoinette's Perfumer, published in France in 2005 - elsewhere in 2006 - was a wonderful portrait of the life of Jean-Louis Fargeon, fiercely loyal perfumer to Marie-Antoinette. The work oozes with astute period detail but most importantly places the production of perfume firmly at the centre of the story. To coincide with the publication of the book, perfumer Francis Kurkdjian created a scent called Sillage de la Reine, inspired as closely as possible by Fargeon’s consultations with the Queen, trying to capture the scent of Trianon for her. Again working with and inspired by Elisabeth’s passion and research, Sillage de la Reine was assembled with notes of rose, iris, cut jasmine, tuberose and orange blossom enhanced with delicate touches of cedar and sandalwood. Tonkin musk and precious ambergris round off a deep and rich formulation. The project was a popular and critical success.

Elisabeth de Feydeau’s research and obsession with this particular period has allowed us to form a more detailed understanding of perfumery and the people whose passions and talents drove the early days of this most ephemeral and sensual of the arts. A good example is The House of Lubin, originally founded in 1798 and resurrected in 2004 by Gilles Thevenin after many years of decline, with the launch of the stunning Idole by Olivia Giacobetti, a dense blend of sugar cane, rum, saffron, cumin, doum palm and leather. By mixing new releases with re-orchestrations of vintage Lubin formulas, the house has successfully revived itself. The English house Atkinson’s re-launched itself recently, re-branding in the process but still retaining its quintessentially stiff upper lip playfulness. Other existing Houses such as Chanel, Dior, Guerlain, YSL plunder their archives and re-release classics, tweaking here and there and in some cases just overhauling the fragrances and creating an homage or variant of the original.

It is impossible to exactly recreate the original antique perfumes of yesteryear. And even if you could, the chances are, you would fall very foul indeed of IFRA, the body that regularly makes minute yet far-reaching pronouncements on what is to be used in the elaborate construction of the perfumes we choose to wear. We are all aware that exact replication is well nigh on impossible, but perfumery in the spirit of a certain time and place, using atmospheric and timely raw materials can still potentially yield heart-stopping and moving results.