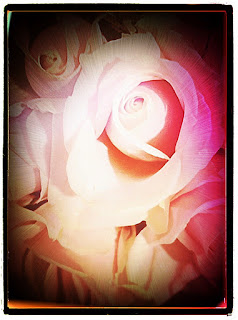 We all have our fragrance passions. Studying the men and women creating niche perfumery is for me akin to obsessing over the work of film auteurs rather than actors; studying the oeuvre of Kazan, Von Trier, Desplechin, Lynch, Ozon, Herzog, Fassbender, Sirk etc. The noses, creators and artists behind so many scents, whether they are commissioned or work in-house are what make niche scent an extraordinary atelier blend of the Avant Garde and the commercial. Because at the end of the day, it has to sell. It may be lauded to the skies for originality and beauty, it may break rules and introduce new notes or tonal effects. But the bottom line is – it must sell.

I have my favourites. I love the varied and explosive work of Annick Ménardo – Bulgari Black, Le Labo’s Patchouli 23, Bois D’Argent and Hypnotic Poison for Dior, YSL’s Kouros Body, Jaipur Homme for Van Cleef & Arpels and Bois D’Armenie for Guerlain, a much-neglected masterpiece. Her commercial collaborations with other perfumers for Diesel, Gaultier and Armani amongst others are always interesting.

I am also a huge fan of Bertrand Duchaufour. Traverseé de Bosphore, Al Oudh, Vanille Absolument and Patchouli Patch for L’Artisan Parfumeur, his Amaranthine and Orange Blossom for Penhaligon’s, Harissa and Avignon for Comme des Garçons and Baume de Doge for Parfums d’Italie.

Sheldrake’s perfumed collaboration with Serge Lutens (and his occasional Exclusif forays to Chanel….) has produced works of heft and enormous scented magnitude. You cannot underestimate the importance of Sheldrake’s impact on the artistic development of fragrance. His playfulness, vision and oddness, the sinuous and sometimes disturbing translations of desire, sexuality and memory played out in leather, fir, oud, spices, sweat, chocolate, musks, woods, grasses and a dazzling array of floral tones.


Sometimes it feels like he is re-inventing how we smell, throwing us forward in time, demanding we sample what is come, challenging our senses. Many of the fragrances have titles that would not be out of place in galleries and hushed spotlit spaces. La Filles aux Aguilles, Les Boxeuses, Bas de Soie, Borneo 1834 (a scent that seems to stand behind you, hands over your eyes, whispering your name hotly into the back of your neck), Gris Clair, Femininité de Bois, Jeaux de Peaux, Fourreau Noir, Five O’clock au Gingembre and many others. These evocative and teasing, often punning titles mask complex fragrances. Lutens’s background in photography and film and Sheldrake’s passion for architecture have created a body of work preoccupied with glittering surface, finish, internal structure, composition and of course great olfactory beauty.

For this piece I revisited Sa Majesté La Rose, Sheldrake’s interpretation of rose, said to be one of Luten’s favourites. It is a stately and coolly executed portrait of nature’s most iconic bloom. For me, SMLR is a rose of Versailles, a rose of Le Roi de Soleil himself, an iconic king who dominates French royal history, a man of excess, intelligence, great passions, style, wit and wisdom.

Versailles was a place of extraordinary contrast: bustle, decadence, sobriety, beauty and venous competition for control and access to the king and the privileges of court. Everything was ruinously expensive, but still everything had to amuse, astound and dazzle the senses.

Sheldrake’s rose echoes this golden age. It is regal and playful, aloof and fiery in turn. Louis’ court was absurd in many ways, glittering and foolhardy, titles and positions rising and falling with disturbing ease. Fashions were sported and dropped on a whim. Desperate to shine, courtiers moved through the sumptuous rooms day and night, recklessly spending fortunes to be noticed like rare birds or exotic blooms in a garden.

Lazy, hazy courtiers swept through immaculate, verdant gardens, showy and fanciful with flowers and trees from every corner of the globe.

Amid the swish and slide of satin and silks, Sa Majesté la Rose might raise its fragrant head to the sun, cool heady tones drifting out into the Versailles air. It is a tremendously potent floral at first, with a metallic clarity, like striking a bell. Then the rose note becomes resinous and almond-like as it opens on the skin. Not the usual blush or unfurling of petals. The effect is that of a lament that gently flows over the skin with a gentle rosaceous luminosity. For all of its oddness, it is very much a rose. It is what it is. But despite pulling away the petals to peer inside the heart, the mystery of the rose and its age-old pull on our senses is still impossible to solve. At Versailles, beautiful things were held in great esteem, from horses and Toile de Jouy to Porcélaine de Sèvres and roses. They were considered works of great beauty and works of God.

Smelling Sa Majesté La Rose again has been a revelation. A touch of the divine if you like. I had forgotten how composed and poignant it is. It is a soliflore, a rarity in the work of Lutens and Sheldrake, but perhaps more a single note floral abstraction. Seemingly simple, like looking at a straightforward portrait of a rose, but convinced that the more you look, the more you see; flashes of something else, faces, landscape, movement, tears, fire. It is an unsettling fragrance, sensual and bleak. It says: Love me and leave. At least I will have loved.

http://en.sergelutens.com/purchase.html
Posted by The Silver Fox at 08:58:00