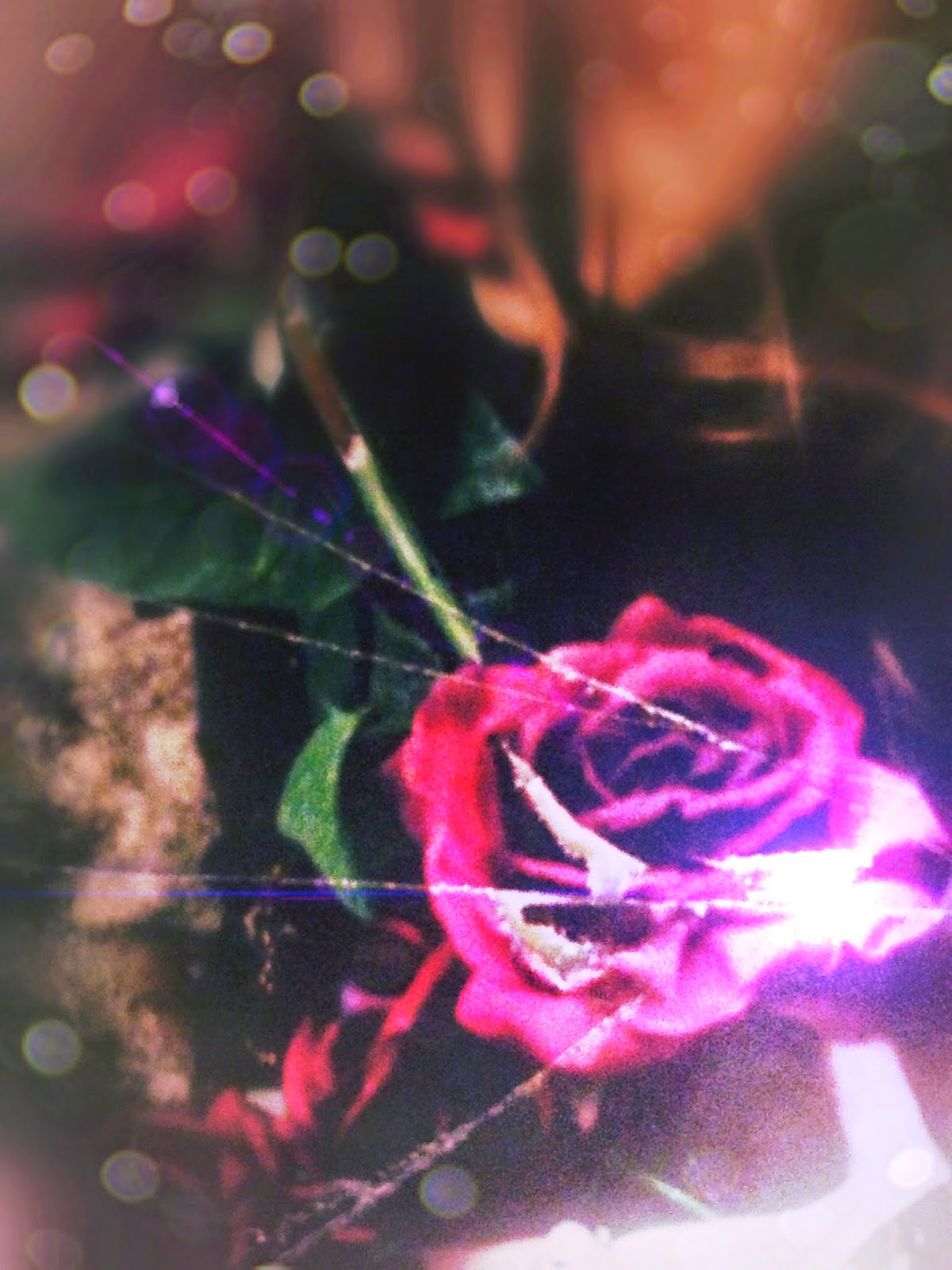 Esxence 2014 took place in March and many of the world’s most revered niche houses and perfumers laid out their scented wares, showcasing their latest launches or teasing us with promises of things to come. New houses show exciting and dynamic new scents, friends meet and mingle, and distributors carefully decide whose glorious juice they wish to promote to the world.

Niche and artisanal perfumery is a relatively small incestuous mix of ideas and olfactory rivalries. But the artistic impact of what comes out of the scented cauldron should never be underestimated. Mainstream trends will follow in two, maybe three years. Smaller houses react more viscerally and pertinently to the zeitgeist, to the sexuality of the now. The reportage and coverage of these niche perfume gatherings can err a little on the fawning side from time to time, but this is due to the familiarity of the major players and the solidarity of the scented brethren. Woven into this is the very fluid and fruitful role of blogger and fragrance writer. Many of these women and men have built up tremendously close working relationships with brands, brand owners, perfumers and boutique owners, this works for everyone, providing of course there is full disclosure of source and intent etc. It is a close community where people are proud to have access to the things they love.

I am one of these people, a writer whose duel passion for words and fine fragrance has allowed me to build a strong singular network of extraordinarily gifted people whose multitudinous skills bring me immense joy and happiness. My respect for their commitment is reflected in the lack of negative reviews I post. I don’t believe in them. Writing negative prose makes me enormously sad and angry. It drains my spirit. I don’t wear fragrance I don’t like, so why should I bother writing about it. There are lots of other bloggers prepared to put the knife in and puncture launches. Each to their own, everyone is welcome to an opinion. I also buy the fragrance I blog on, it honours the perfumer and the work. Sampling may be a necessity sometimes, but when it comes to actually sitting down and writing a piece, a committed bottle is required.

This is an expensive love affair, this lifelong passion for scent, but the anticipation of the spend, the allocation of funds towards something sensual, decadent, gourmand, indolic, leathered, smoky, abstract, porny or just so damn fucking beautiful your heart breaks as the scent floods your senses… memories rise and fall, lovers come and go. For a moment you are lost in yourself, frozen in a world of suspended associations, linked by a lick of golden amber, damp rolled tobacco or the resinous plume of cathedral smoke.

I wanted to go to Esxence this year, but a combination of work and ill health conspired against me. There were some wonderful things being mentioned by daily Showcase reports. I re-posted a few recently. I was intrigued by the new Blood Concept fragrances Xl (Xyelm) & PH, (Phloem) inspired by the arterial processes trees and plants use to draw water and nutrients upwards. The BC boys always manage to pull off the avant-garde and extreme without seeming ridiculous. There is always a faint whiff of the emperor’s new cloths but this is most decidedly lost amid the miasma of sensuous menace and medical carnality the brand exudes.

I want to try Alessandro Gualtieri’s new House Orto Parisi; they sound ego-driven and bonkers. He is a very unpredictable Nose, his work for MariaLux, his wife Lilian Driessen’s brand is beautifully rendered, delicate and ruthlessly chic. He was at Esxence promoting his provocative new Orto Parisi line and also the last Nasamotto, Blamage, whose complex and somewhat convoluted creation is the subject of a new documentary entitled: ‘The Nose, Searching for Blamage’ directed by Paul Rigter. There are also two new MariaLux scents, Aramesh and Mogadess concerned with the body after death. How typically Gualtieri.

Sara Carner was there too; her eponymous Barcelona inspired line is just lovely, made with passion, personal commitment and a truly beautiful eye for a story. Each scent is intricately linked to Sara’s beloved city and her own personal history as a direct descendent from a family of leather workers. The packaging and bottles have real presence. Her Rima XI is a really unique scent that I fell in love with, as soon I smelled for the first time in Bloom Perfumery in London. The mix of spice, mint and a really mellow fragrant saffron note is laid gently over balms, balsams, resins, jasmine and vanilla. The effect is mesmerising. At Esxence Sara was previewing El Born, a chocolate and licquorice gourmand she is launching in June. This sounds very Foxy.

Anais Beguine’s Les Jardins d’Ecrivains launched Junky, a most beguiling and unusual sounding homage to the most controversial of the Beat writers William Burroughs, queer, drug addict, naked luncher, loon and murderer; he famously killed his wife when he failed to shoot an apple off her head at a party and shot her instead. Infamous doesn’t begin to describe him. I will admit to being a little surprised by Anais’ choice of writer for her latest scent, but she is a bold perfumer and this inky, smoky scent sounds very intriguing. 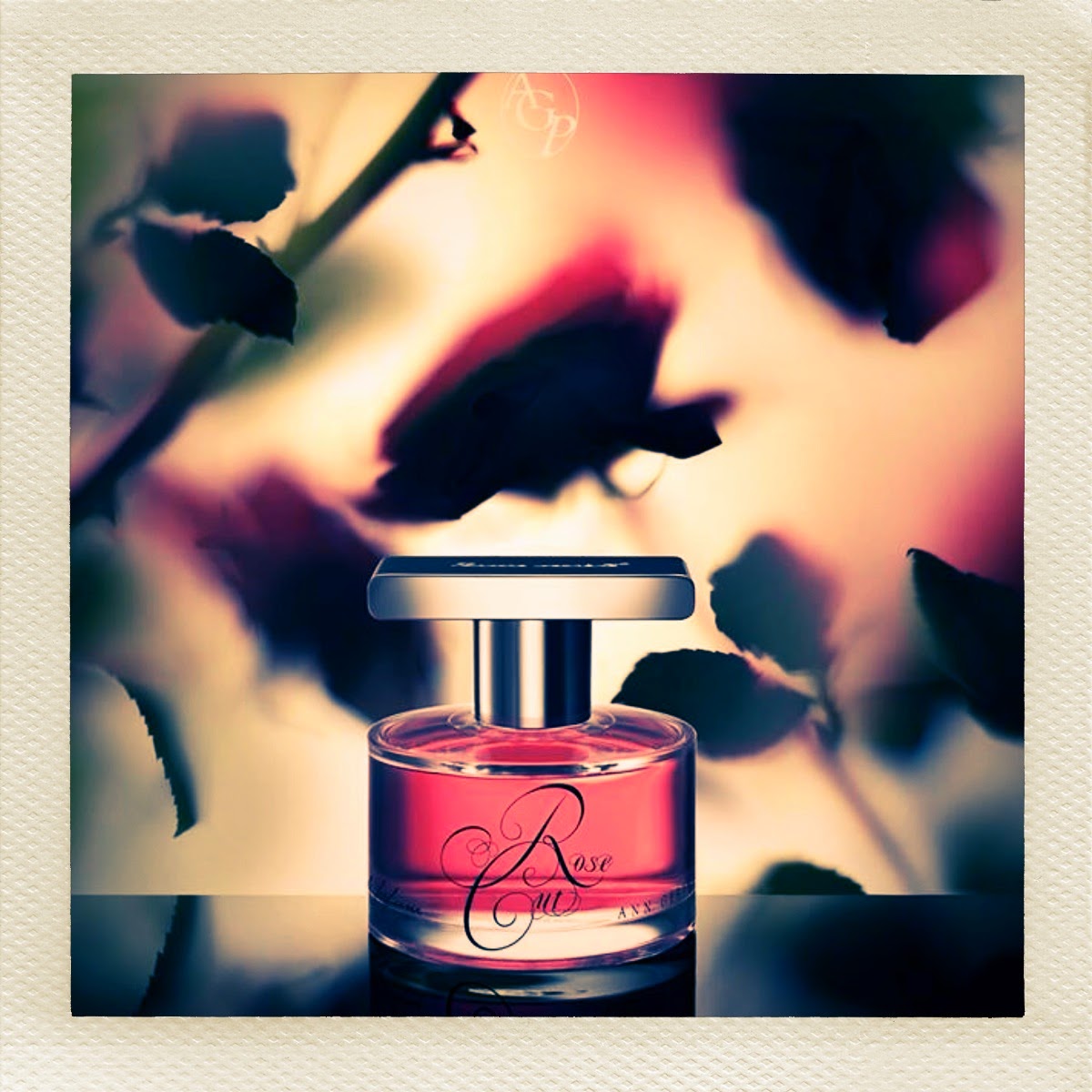 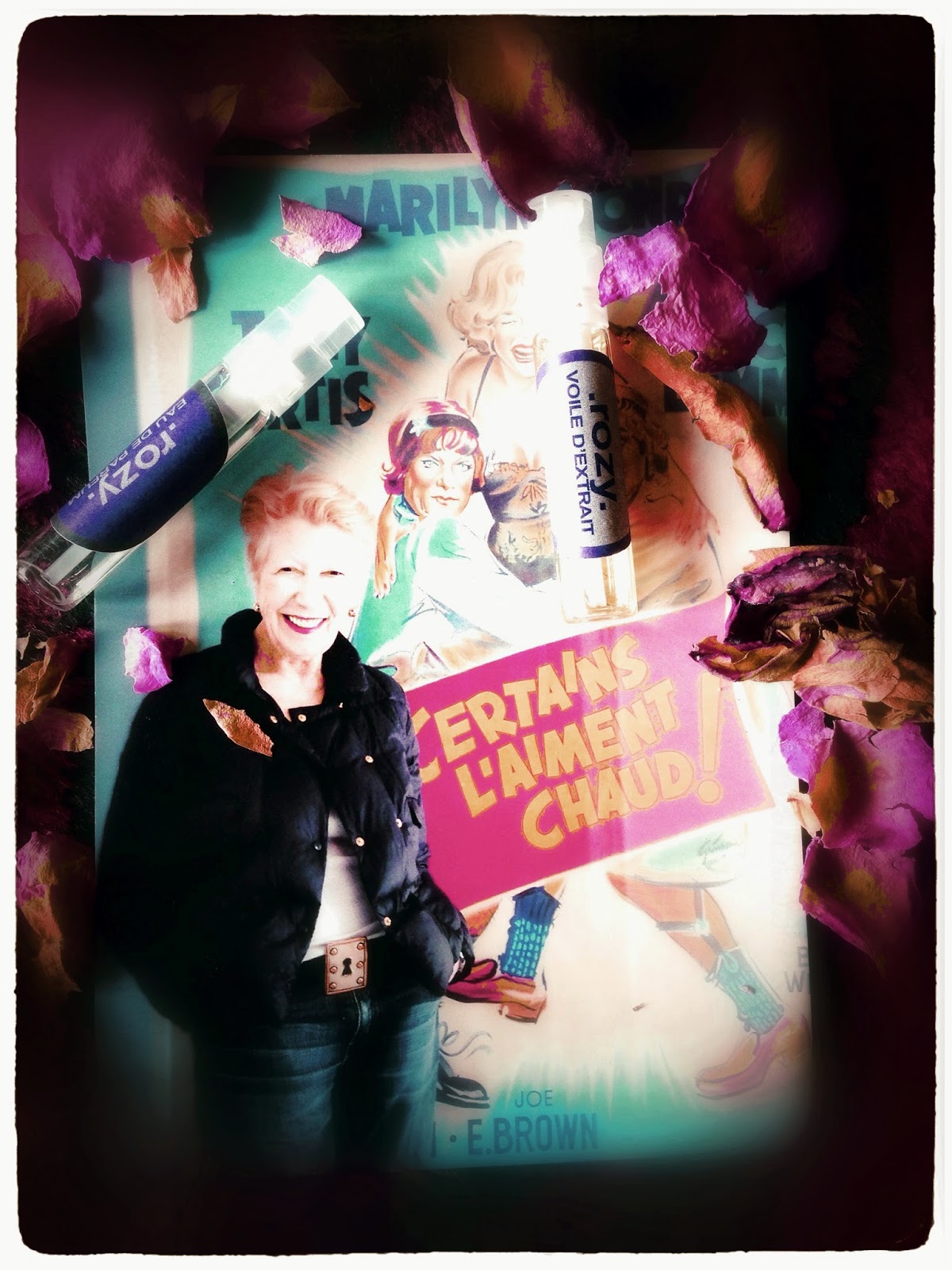 For the Fox though there were only a couple of perfumes I really wanted to sample, beg, steal and harvest. The Parisian jeweller Ann Gerard’s latest Rose Cut, by Bertrand Duchaufour who worked with Ann to create the other three existing scents in her jewel-inspired portfolio, including the melting, mysterious Cuir de Nacre, possibly one of the most beautiful iris (& leather) fragrances of all time. The other was the long-awaited Rozy duo (eau de parfum and voile d’extrait) by the magisterial Vero Kern, force of nature and creatrix extraordinaire, and a rosaceous homage to Anna Magnani, Italian neo-realist actress, icon and symbol of peerless earthy sensuality. These two fragrances will be joining Cuir de Nacre, Onda and Kiki in my Foxy study. I actually acquired Cuir de Nacre and Onda at the same time on a visit to Bloom along with a bottle of Poudre de Riz by Huitième Art. So these two remarkable and very different women are linked in my mind. I have blogged on both queens of scent before, on the tremulous arcane elegance of Cuir de Nacre and the rare and sensuous handling of deeply erotic materials by Vero Kern. There is a slight difference. Vero is an alchemist, a truly instinctual perfumer, imagining for us how fin de siècle skin games may have smelled and played out. Ann is an elaborate and fine tuned jeweller, working with precious metals, opalescent stones and the wear of stones on skin. She has chose to use an interpreter if you like, someone who will guide her, bring her creations to life. She couldn’t have chosen better than the self-effacing and artistic Bertrand Duchaufour, a man who loves an olfactory challenge. His work to date for Parfums Ann Gerard has been simply magnificent.

The trio of Cuir de Nacre, Ciel d’Opale and Perle de Mousse inspired by Ann’s trademark use of opalescence, milkiness and glow in her jewellery are sublimely executed works of olfaction. I have written extensively before on my love for Cuir de Nacre. You can read my previous piece by following the link below.

I was very interested to see what Ann and Bertrand would do next, how the jewellery aspect of Ann’s personal vision could continue to be translated coherently through the medium of scent without seeming forced or overtly artificial. 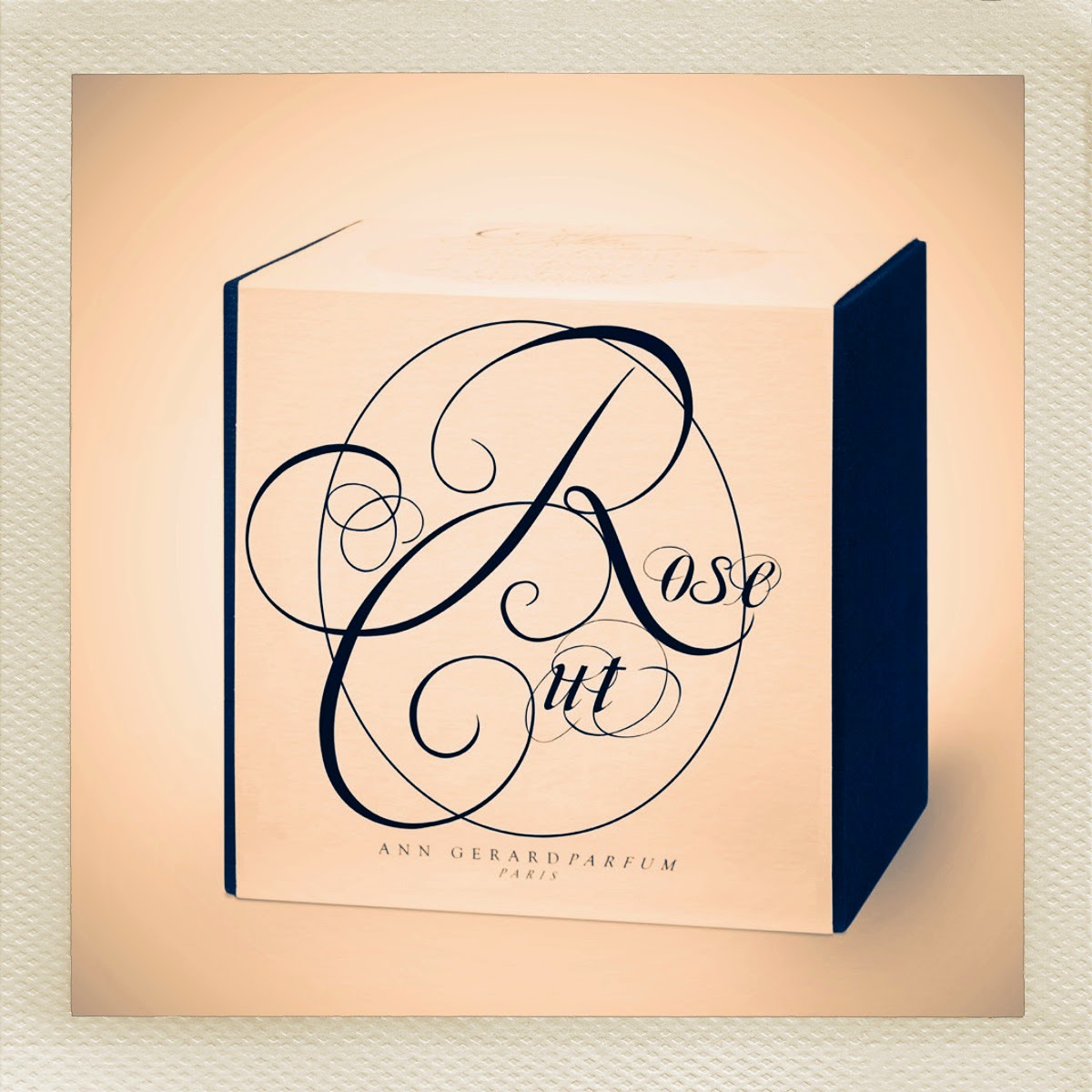 So now we have Rose Cut, a rose scent, a rose with thorns and lush deluxe petals. There is danger, spindle-pricking sharpness doused in a boozy-woozy swoon of creamy berry mantling. As the opening salvo of rum and peppered aldehydes melt into skin, a darker earthiness of crumbling soil and scattered storm-struck blooms rises through the composition, balancing out any potential syrupy excess from the vanilla marrying the rum. If anything, the vanilla is rather dirty, allied more closely to the benzoin and oakwood, dank and a little Grimm. At the heart of this glittering scent is of course Bertrand’s ravishing use of a rose/peony duet, the two notes revolving around one another like famished lovers. The patchouli that shares the heart is their fire, pure and simple.

This seemingly simple floral accord is actually incredibly difficult to pull off. The peony is halo to the rose, illuminating the folds and nooks of the secretive bloom. Done with urgency and understanding of floral dynamics, the scent should flare like a fiery parure on pale skin in a flickering shadowed room.

Bertrand’s other significant rose scent is Paestum Rose, for Eau d’Italie, the range of fragrances made for the Sirenuse Hotel in Positano. It is a very mixed bag of perfumes, some lovely – Paestum Rose, Bois d’Ombrie, Baume du Doge and Sienne l’Hiver (all by Bertrand), the others all somewhat lacking in character and finesse. In Paestum Rose, which is incredibly dry oddly, Bertrand has counterpointed a shimmering Turkish rose against dense resins, incense and spices such as cinnamon, pepper and coriander. The key to harmonising this potentially over-accented brew is blackcurrant bud, used with tremendous finesse and subtle intensity. The fruit note adds depth and a hint of sweet moisture as the rose is sacrificed to the gods above on cloud of crackling resins. Paestum Rose is one of Bertrand’s best scents, often overlooked in his scentography, but skin loves it. It takes a lot of skill to create a truly dry airy rose scent, awash with fire yet still translucent enough to allow the wind to carry the echoes for miles and miles.

Repeated wearing of Rose Cut reveals flickers of cruelty in the mulch, the embers of floral fire. There is a slash in the velvet; the thorny rose can simmer on the skin like dark sugared rhubarb and blackberries, all jammy, aromatic and poetic. Mr E. cites Paris Vodka as a reference, sweet creamy vodka with a hit of strawberry to it, a singular mix of boozy excess and fin de siècle naughtiness. And it’s true, a certain booziness holds sway throughout the drydown, but then Bertrand has always loved a tipple in his fragrances, especially rum (Frapin’s 1697, L’Artisan Parfumeur’s Vanille Absolument and Deliria…), he uses it to amplify his beloved vanilla thus gilding his luscious compositions.

The latter stages of Rose Cut are defiantly beautiful, raging against the vanishing bloom and conformity with velveteen poise and the dignity of a single petal dropping oh so quietly to rain-torn ground. This is a rose I will wear forever. 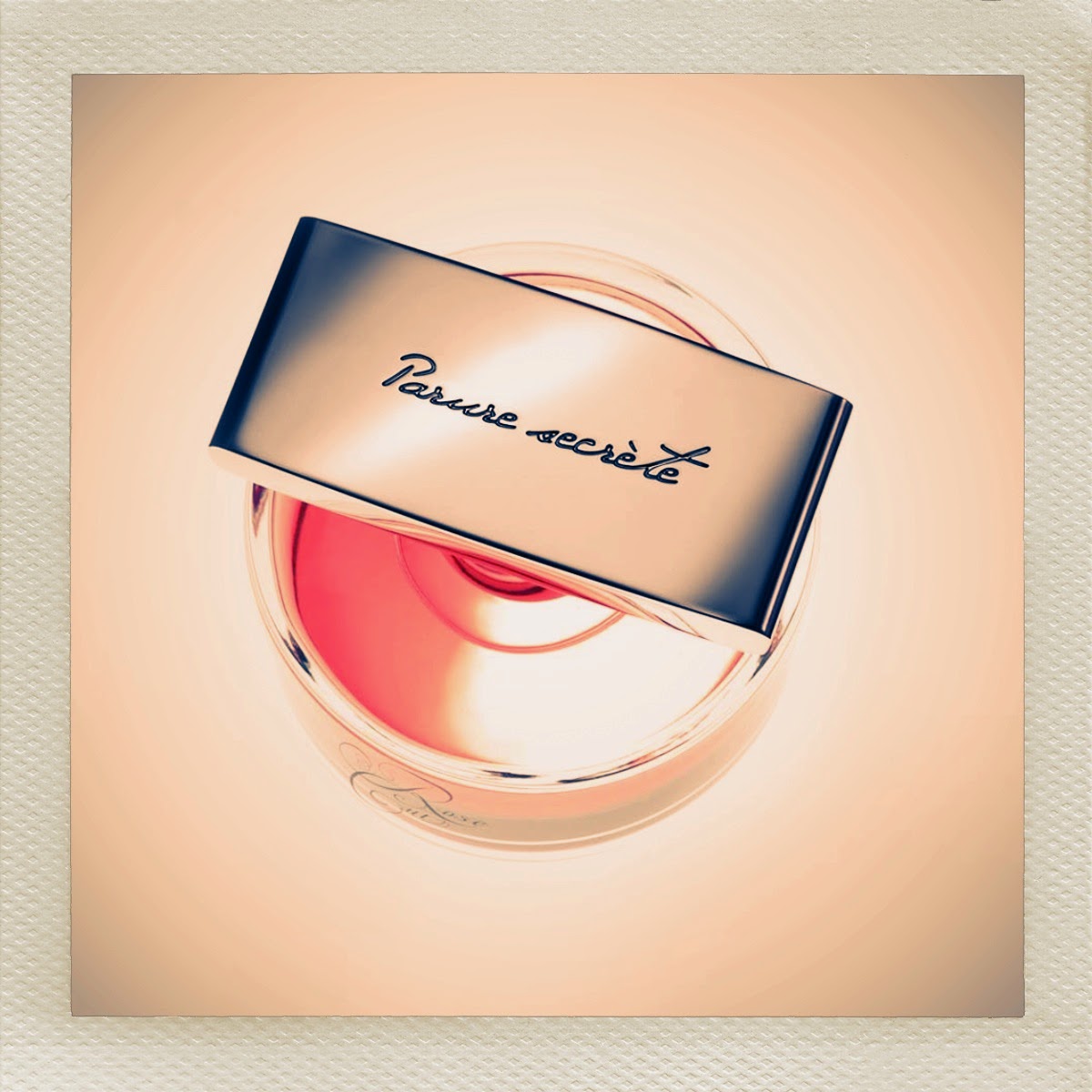 For more information on Parfums Ann Gerard, please follow the link below: