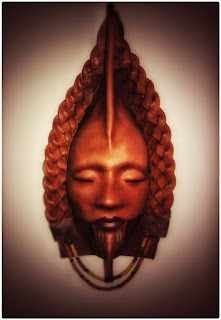 After Irish, Italian and French interpretations of skin and wander, African Leather will be #4 in the Cuirs Nomades series from luxury French perfume house Memo Paris, one of the fragrance world’s best kept and most indulgent secrets. This beautiful new creation launches in the autumn but I have been lucky enough to spend time recently, indulging in its rather extraordinary aromas.

Each time I champion Memo fragrances, part of me is a little reluctant to do so for fear that others might discover the olfactory wanderlust and my beloved choices might become commonplace. Nonsense of course, but it a fear I think that potentially stalks some increasingly successful niche brands. How successful do you have to be before tipping into something resembling popular mainstream acceptance. Brands like Le Labo, By Kilian and Editions Frédéric Malle and L’Artisan Parfumeur for example occupy uncomfortable ground. It’s not a surprise that Malle and Le Labo have been acquired by Estée Lauder and L’Artisan and their sibling brand Penhaligon’s by Puig. Big name brands want some shiny niche baubles to hang in their windows. But sooner or later, the niche labels tarnishes or the quality is eroded, carefully at first. Acquisition of niche is all about subtlety and patience.

Memo Paris for me is a quintessential French niche brand, private, defiantly esoteric and emotional, linked directly to co-founder (the other is her husband John)and Artistic director Clara Molloy. The fragrances are precious and precisely luxurious, inspired always by Clara’s obsession with travel and the psychology of journey, of moving thorough landscapes to a destination. Indeed the brand’s motto is The Journey is the Destination. This could be said to be true of their beautiful catalogue of scents. They are constructed in such wise and picturesque ways as to storytell materials and aroma effects in seductive and often unexpected forms.

Les Echappés is the name of the core anthology of travel inspired perfumes that Clara and her talented parfumeuse Aliénor Massenet have assembled together. The relationship between these women is fearsome, their artistic symbiosis and instinctual understanding of one another’s nuances is key to Memo. Along with John’s business head and the distinctive photographic style of Guillaume Lebon whose images seem to guide, capture and suggest mood and emotion as scents are developed, the Memo Paris style is one of languid beauty, arresting haze and the need to be admired, quietly and urgently.

My first Memo was Siwa, endless bottles in and I am still in love with its soothing cereal-soft beige booze vibe. It has a delicious buttery popcorn facet that I adore; overlaid with sweet narcissus, my skin smells ghostly, a vanillic lullaby. I also have Lalibela and Monoa in my collection, one a demanding glassy desert rose, the other a glittering comet of oppoponax.

There is a new collection chez Mémo, Les Graines Vagabondes (Wandering Seeds…) that has commenced with the appearance of the delicious Kedu, a scent so aromatic with smeared and toasted sesame I was quite lost for a while when I first sampled it. I just kept returning to my nutty, verdant wrist over and over. Kedu is inspired by Indonesia and the dramatic temple of Borobudur, the 9th century Buddhist temple in central Java. Pilgrims ascend three levels of this symbolically carved stone mountain/temple. As they do so, they interact with complex bas-relief cosmology and multifarious deities. The temple came to light again in the 19th century, after lying asleep under volcanic detritus and hungry jungle for centuries.

Aliénor Massenet and Clara have used the symbolism of sesame seeds to construct a unique and deeply resonant scent. According to Javanese tradition, throwing the aromatic white seeds into fire can purify your soul. Anyone who cooks and who has pan roasted sesame seeds will know how exquisite the oily, creamy scent of the toasted seeds are they turn golden. Fin du Monde by Etat Libre d’Orange is the only other scent I have sampled which has such a lovely sesame note. The precocious young talent Quentin Bisch tasked by Etat with creating their hazy apocalyptic gourmand allied his sesame with iris and a tremulous gunshot effect. It is a remarkable scent and one that Quentin has yet to capitalise on.

The comforting white nuttiness of sesame is hard to explain, but it’s a smell I have always loved, in tahini, baked in bread, on Mediterranean pastries and the oil drizzled over stir-fired Chinese greens. Kedu uses three main players, the sesame, grapefruit and white musks to create an airy, blanched ground of grace and careful texture. Over this trails whispers of mate absolute, moss and a fragile rose-peony accord that wears like crumbled frozen raspberries. I love Kedu’s complexity and embracing nutty comfort. I will be adding it to my collection; I need its pallid plane.

I am very intrigued by this first chapter of Les Graines Vagabondes. So much scope for olfactive exploration. You could look at the title in two ways I guess; seed dispersal, carried by winds, seas, rivers, fur, gut, foot and shoe to places beyond origin to germinate and start afresh. Or the beautiful gathering or anthology of seeds by bygone explorers, collectors and pioneer botanists, travelling by ship or overland, their precious cargo of seeds bound for botanic gardens or private collections. We are familiar with the sci-fi trope of floral and agricultural arks of seed of seedlings heading off to distant galaxies to green future landscapes and crops. It will be fascinating to see what Memo do next in this very promising series.

For now I am still deeply besotted with Les Cuirs Nomades, a collection that continues to evolve opulently and beautifully. Leather fragrances have a particular attraction I think, appealing to our baser, more animalic sensual instincts. The materials may have changed over the decades of perfumery as the technology of aromachemistry has become increasingly more advanced, nuanced and in many ways more atmospheric but the desire to capture the ghost and imprint of pelt and hide is still a powerful one.

The first, Irish Leather was wild, green and equine, a love letter to (Irish) John Molloy from Clara Molloy. The scent is an abstracted capture of sweat-flecked horses racing through verdant countryside. Juniper and mate absolute play superbly foliate against Massenet’s devout love of tonka bean. It is beautiful, unpredictable, bitter then sweet, supple and ghostly. There is just enough whiff of mane and fur to cause pause, but this is quickly snatched up in the bravura assembly of crackling, swift materials.

Next up was the ravishing Italian Leather… OMG.. I swooned on first smelling this, the vanilla bean effect was ENORMOUS; allied to iris, galbanum, oppoponax, sage and the most glorious tomato leaf effect made the scent supple, sensual and almost overpoweringly present. There is a gluttonous, gourmand intensity to Italian Leather; it is quite the malleable, moreish force. It is also damn sexy, a leather of luxury classic cars, vintage lather driving gloves steering an heirloom car or caressing a bare suntanned thigh. A leather of sun and open windows.

French Leather was quieter, more introspective, a sueded leather of discretion and poise. This took me a few wearings, and then I was hooked. The triptych of rose, lime and leather is very unique and works with an alarming beauty. This is a couture, cut leather form, a bag, a laser cut sheath dress, something moulded softly to the body like a second skin in shades of thulian and amaranth. French Leather does echo Jean-Claude Ellena’s Hermès masterpiece Kelly Calèche in its expensive Birkin interior rummagy aroma. Yet French Leather sets itself apart by dripping that rather brave lime note top downward. It serves to fittingly counterpoint any potential rosaceous excess and season the pink pepper, woods and resins.

Memo’s African Leather is strong juice, a sonorous expansive spiced floral scent on a taut dry leather ground. Aromatic is a word bandied out with recklessness in scent, but this is just that, a perfume deep and cohesive with aroma, its components assembled and blended with satisfying and panoramic beauty. The saffron/cumin/cardamom triptych is intensely bitter and green lending the huge opening of the scent an arid sun-baked quality.

There is a sense of pressure in African Leather of open sky weighing down on parched ground and animal hides searching for shade. The strong leather accord that Massenet has created is not the smooth supple interior car upholstery of Italian Leather, but rather that of ragged ear, bitten hide, camouflage fur and striated stillness. The vetiver is the grass and cover from heat, eyes and tooth. So much profundity to the materials used, you can feel it in each shift and roll of the evaporation curve. I’m not the biggest fan of geranium, it often smells medicinal, but the high quality MD geranium absolute used in the lush middle stage of African Leather is fabulously verdant savannah, the ground as it were, a canvas of safe perfumed heat over which moves the rumble of hoof, paw and claw.

African Leather has vista and haze, but is essentially a still mood piece. There is restlessness and charge but its animalic gaze is actually rather basilisk and unrelenting. Massenet has laid down this emerald velvet geranium at the feet of Memo’s imagined grazing mammals and the effect is dazzling.

As with all the Cuirs Nomades series, African Leather too has serious projection, sillage and longevity. The oud accord and parched chewy patchouli stretch out the drydown with a campheraceous trail. The all-important leather is preserved and well-travelled like an explorer’s venerated bag, salted with time, rattling around in dust-tossed Landrovers. This is of course is also a fantasy leather, a safari melange of up-market and managed game reserves, dusk-lit designer lodges and tables laid with white table cloths and improbable food, flickering in the light of torches and mannered staff. All of this seemingly at odds with the reality of religious and tribal intolerance, poverty, HIV, corruption and the fractious, wearying alliance between terror, tourism and economical needs in these rushing multi-media times.

African Leather is panoramic, a complex aromatic and luxury scent of a perceived effect, an animalic tone suggestive of roaming savannah wildlife, corralled by westernised floral tropes. It seems viewed almost from above as a light aircraft passes silently over a game reserve, a flowing intermittent shadow of wings passing over the bush below. The animals grazing beneath don’t notice the interloper on high. It’s an affecting montage of motifs and mood that has been collected and assembled by Clara and Aliénor reflecting once again, Memo’s unique and stylish ability to encapsulate the singular essence of a place or destination, however vast or seemingly obtuse. Memo perfumes lie on the floor of the mind like scattered photographs, evocative souvenirs for our skin to savour, rendered with brio and substance.

The final fabulous stages of African Leather are sheer joy. Hours into the ornate drydown the golden glow of saffron sudden ignites again, setting fire to the grasslands of the mind.

For more information on Memo Paris fragrances, please click on the link below: