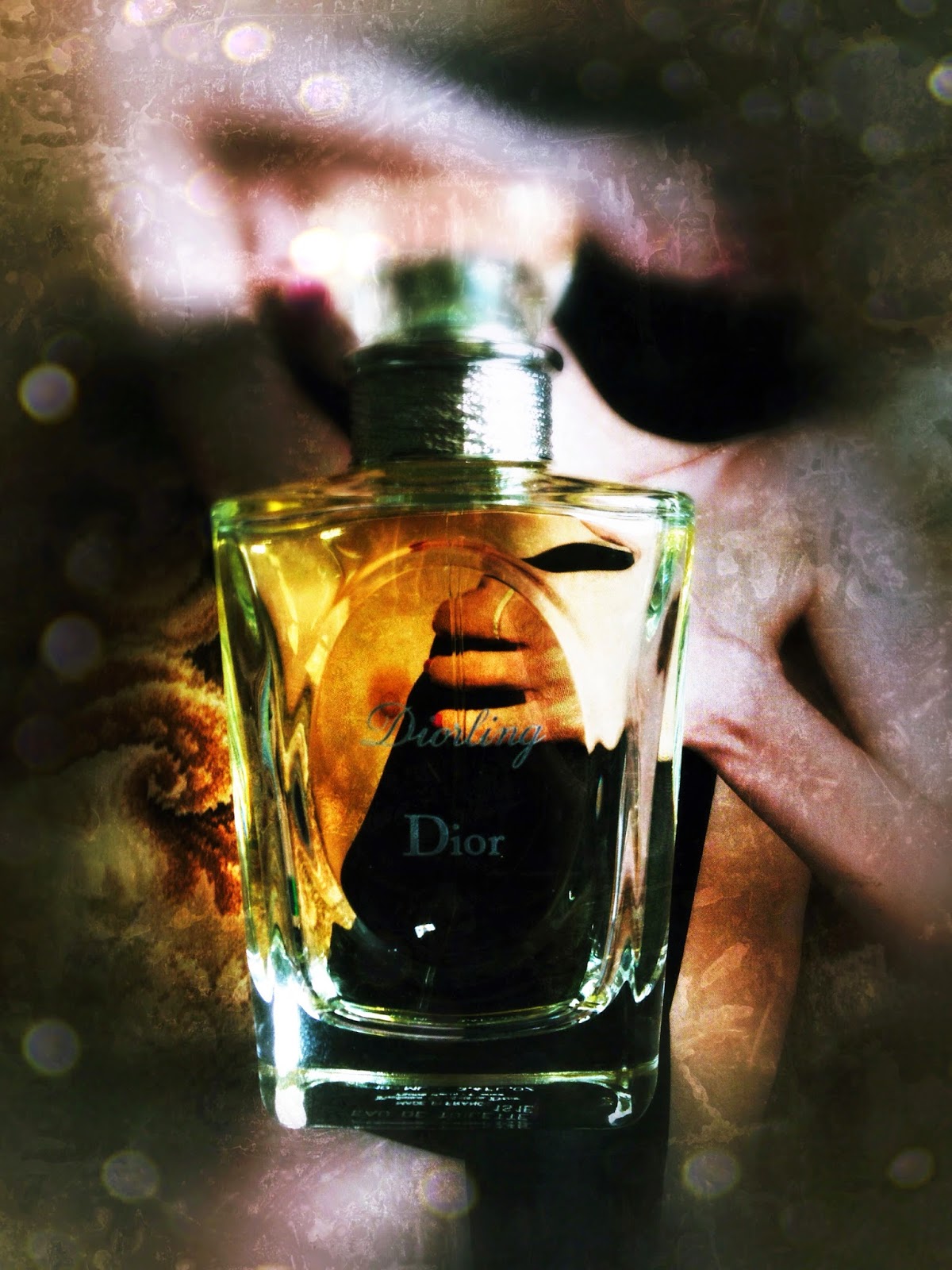 This post is for D. an Aussie lass with bite, wit & a passion for scent & jewellery. She bought me Diorling as a gift; the kindness of the gesture overwhelmed me.

I am dank with Diorling this evening. It is spiky, vintage and weird, aristocratic and leathered. It smells ancient and cosmic, of powdered aircraft fuel and Miss Haversham’s bridal bouquet. I can never remember if I love it or loathe it; all I know is that it smells damn sexy on me and I am fast becoming besotted with its wanton Belle de Jour atmospherics.

The original tweed and riding boots feel has been unstitched and restructured by Dior’s in-house perfumer François Demachy. He has avoided facsimile and pastiche, instead producing a scent of vintage reference and enormous modern wearability. I imagine him cracking the notes apart with an old, heirloom crop and then carefully reassembling the pieces, layering and varnishing, burnishing the notes with the olfactory equivalent of worn chamois cloths. Every time I wear it I feel the air around me thick with sepia desire. One of the reasons I am rather partial to this new Diorling is Demachy’s perverse and reverential translation of the sixties clash of tradition and modernity into a modern perfume idiom. I would rather this than the continued and blatant (& often denied) reformulation of beloved classics until barely a shadow of the original remains.
Controversy swirls in the air when it comes to the reformulation of classic perfumes. Bloggers, reviewers and critics bemoan the death of olfactory creation, the demise of beauty. I am not sure it is quite so cut and dried. Extinction is part of the way we live. Time moves on. I personally like the idea of imagining how beautiful things once were, it allows me the chance to dream, to speculate scent into a historical context with fashion, manners and language. All of these are constantly reinterpreted, reinvented and thrown out into the world.

Fragrance is no different, themes come and go, dipping in and out of lifetimes. I know purists will always argue the case for retaining original formulae or leaving well alone. I can understand this, perfume is deeply personal but re-interpretation, done with reverence and intelligence by talented perfumers can yield interesting and illuminating results.

There is so much wailing and beating of the perfumed breast when houses decide to re-launch (and subsequently re-orchestrate their fragrances). But the truth of the matter is that all houses are constantly reformulating. IFRA, the regulatory body that issues strict guidelines on fragrance ingredients, is constantly updating and tweaking its rules and regulations. Each year sees new additions to the lists of prohibited and restricted materials. This endless shift in the use of naturals and synthetics, levels and percentages has left a trail of diminished scented havoc throughout the world of fine fragrance. Arguably the restrictions have provoked and challenged perfumers into becoming more inventive in their pursuit of perfumed effect and skin love. Others might argue the restrictions are slowly killing the art and beauty of haute parfumerie.

Caron, Guerlain and Cartier have been amongst the worst offenders for me. It was so obvious that classic Guerlain scents like Mitsouko were shape-shifting. Cartier’s Must de Cartier and Santos were eviscerated by ingredient changes. Caron’s Tabac Blond, Royal Bain de Champagne, Narcisse Noire were all weakened by a lowering of standards in raw materials and a loosening of formulae. But at counters, this was constantly denied. I remember being informed at one counter that perhaps I no longer understood Guerlain fragrances and the glazed geisha behind the counter suggested I try Chanel. 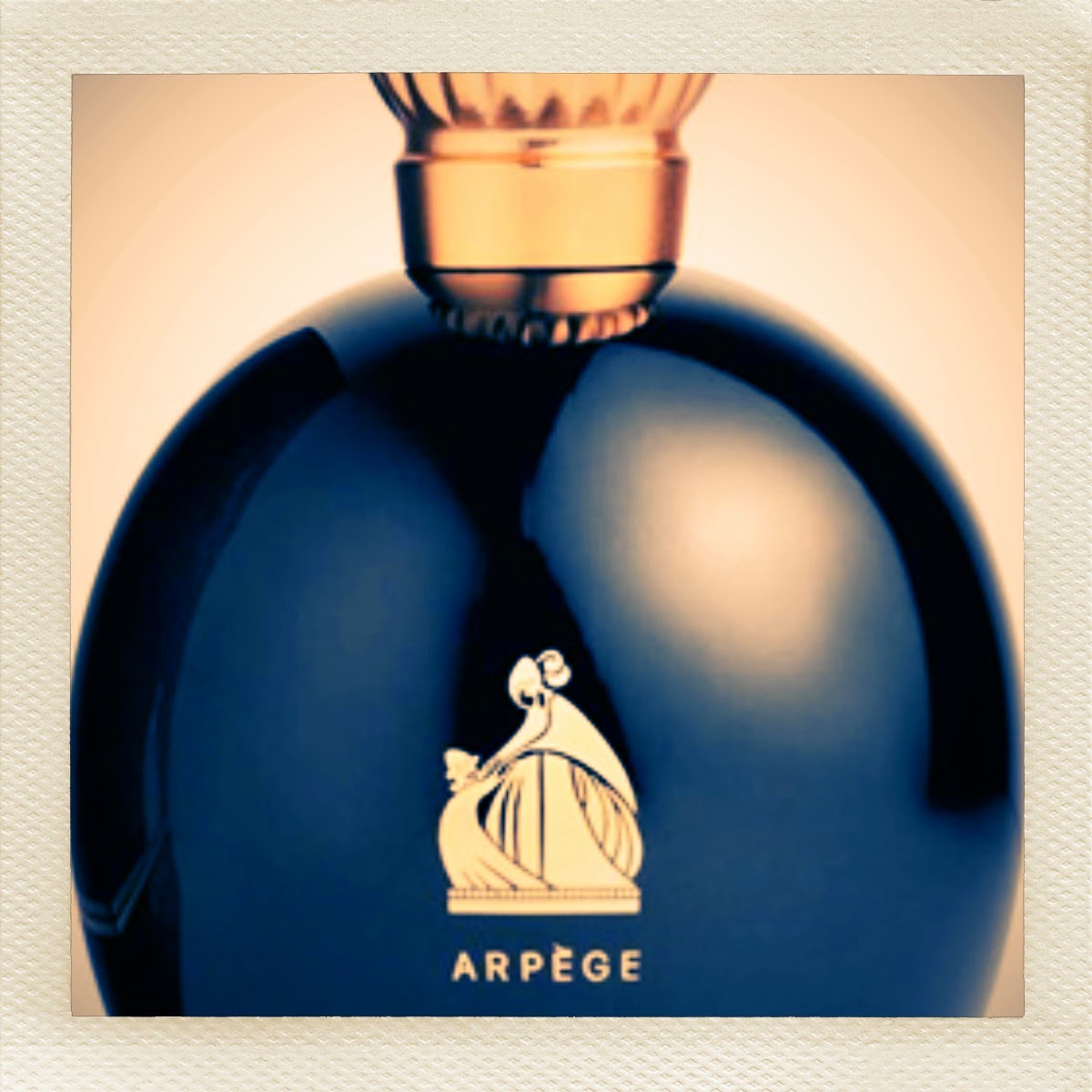 On the other hand it is well nigh on impossible to recreate some the great fragrances of the past, so Houses and their perfumers have attempted to bridge the gap in time with fragrances that evoke a spirit and essence of the original. The re-working of Arpège in 1993 by Hubert Fraysse is a dramatic, full-bodied fragrance that has paid very careful attention to the 1927 original by André Fraysse and Paul Vacher. It is not the same Arpège made for Jeanne Lanvin’s daughter’s 30th birthday, but somehow it manages to convince you how women might have felt smelling the original. This is a very clever trick and incredibly hard to pull off.
All these attempts at reformulation have their points of interest. It can be fascinating to see how other perfumers have interpreted the work of their predecessors. Some argue it is merely copying, passing something off as an old classic, in the manner of art forgers churning out Picassos, Rembrandts or Lowrys. Some see it as an act of love, revisiting beloved themes and allowing us a glimpse of bygone perfumed tastes. Others look at it as homage, revisiting the work of master perfumers, trying to understand the mysteries of some of the world’s most complex and fascinating fragrances. The approach is varied, some perfumers strive to honour the formulae, the essence of the juice, others try and encapsulate the spirit of the original, the olfactory environment surrounding the initial release. Sometimes it works, sometimes not. 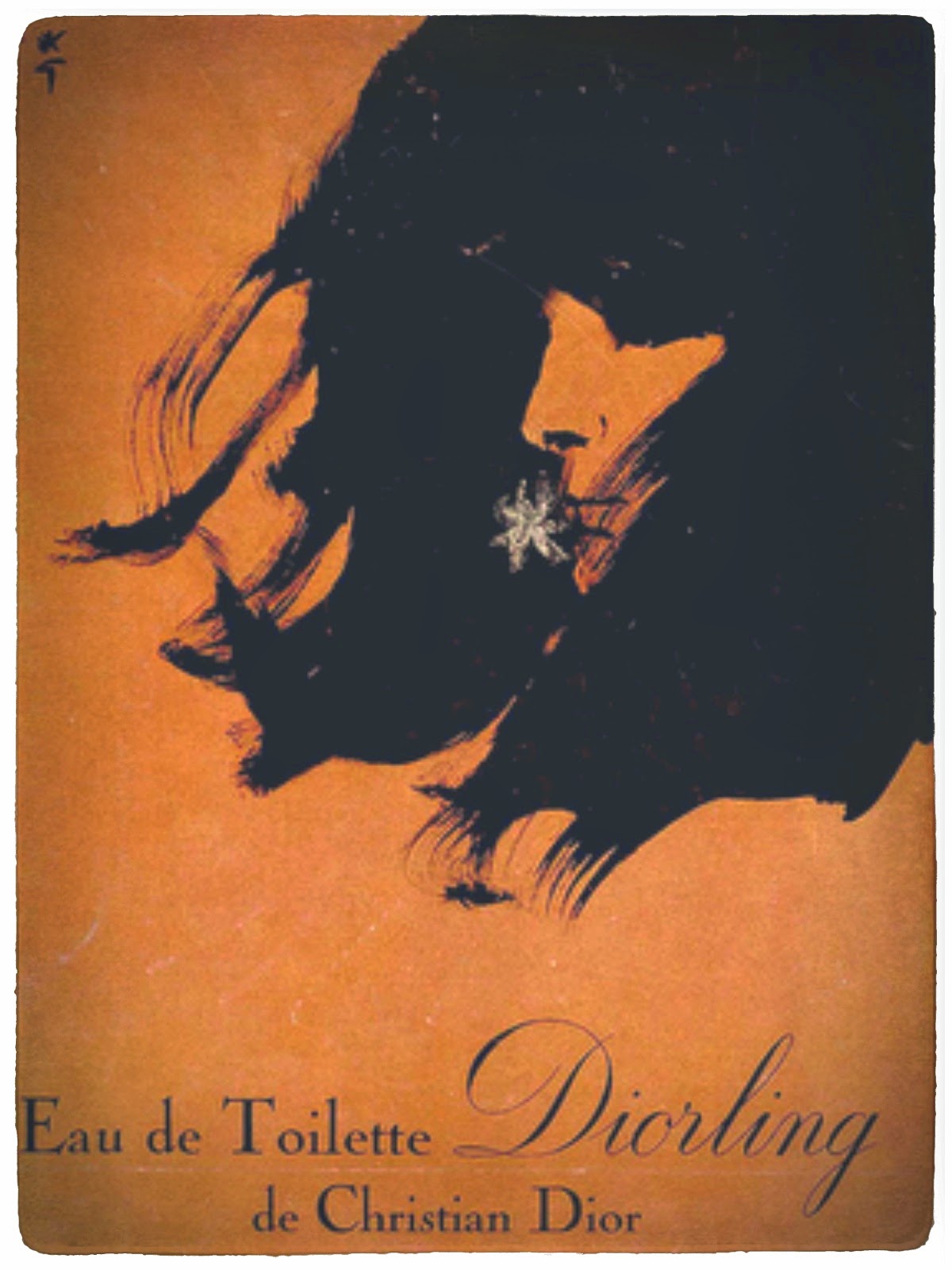 Recent Dior releases including Diorama and Diorling have been done rather well I think, re-orchestrated with discretion and integrity. A lot has been written about their authenticity and relationship to the originals, but I feel that is somehow missing the point. An element of homage is at play here, an attempt to show respect to the groundbreaking and pioneering beauty of the original work while interpreting them for a modern audience and working within IFRA guidelines.

Diorling has always held a special place in the heart of leather lovers and those that had swathed themselves in the legendary original formula had never really forgotten its strange and ruthlessly structured brilliance. Even before its actual release a lot of perfume lovers got very hot and bothered about how poor the re-launch would be and how sacrilegious it was to be toying with one of the greatest leather scents of all time. 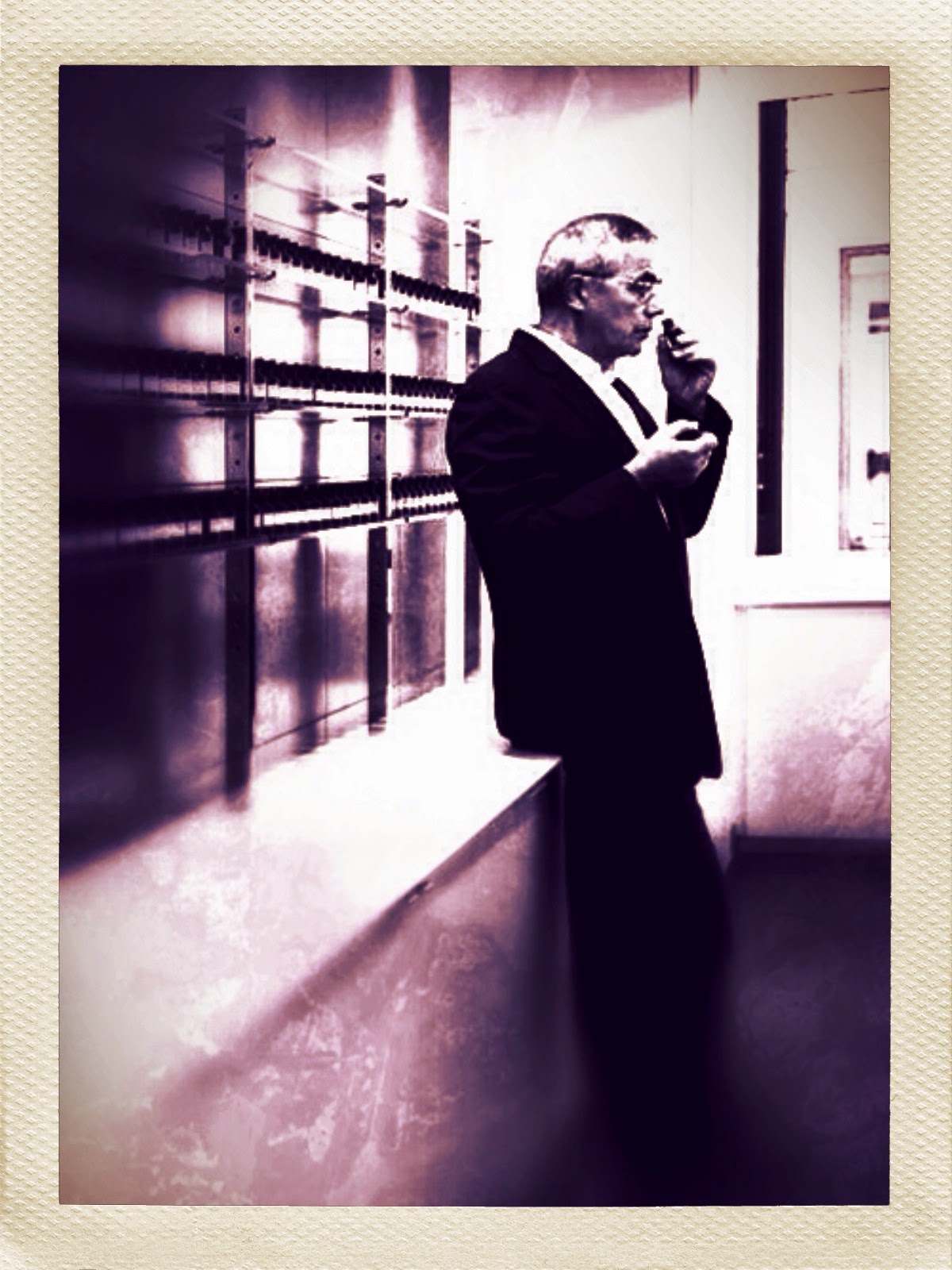 I have learned to wait and see with Dior, François Demachy has produced some delightfully respectful re-orchestrations and his newer creations pay homage to a carefully preserved image of pretty vintage Dior. The new re-orchestration of Diorling is part of the Les Créations de Monsieur Dior collection, Demachy’s thoughtful and reverential wanderings through Dior’s extensive archives. Originally created by Paul Vacher in 1963, Diorling ( supposedly a play on the English word Darling…)was the first posthumous scent to be released after the lamented death of Monsieur Dior. It was a homage to the Le Style Anglais, the discreet charms of tweed, leather and pearls, worn at balls, in vast empty country piles or slumming it in the unsettled vibrancy of 60’s London. This was a time when the capital was the epicentre of style, where trends collided with explosive thought-provoking force. Barriers eroded and the sexes played with the ambiguity of expression. Dior had already scandalised with his New Look across the Channel, provoking outrage and shock with controversial hemlines and silhouettes. 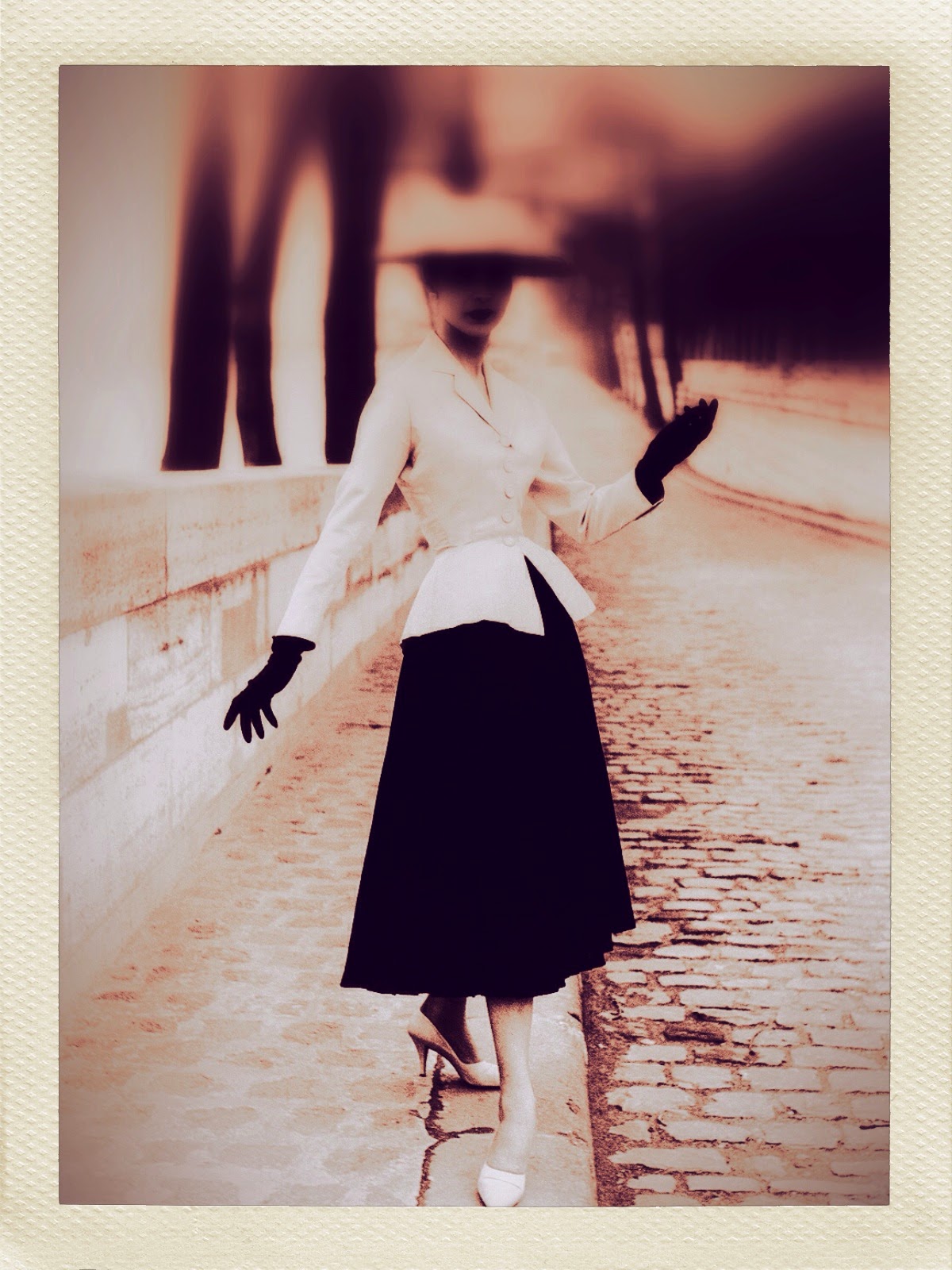 For the gentry, sartorial life seemed undisturbed but for minor upsets in hemlines and collar lengths. Their refined style rarely changed, the staple wardrobe of knocked back cloth decay, heirloom parures, brogues, tweed skirts, leather gloves, hats, riding boots and millinery still reigned. The original 1963 Diorling was a tribute to this pretty unshakable refinement, an innate sense of inbred, shrugged-on chic that stood unflinching in the face of tumult and contemporary assault. The leather was much more forceful in the Vacher version, striding upfront, a whiff of muck and smoke on the riding boot. The all important Dior triumvirate of rose, jasmine and lily of the valley was brutally aristocratic and aloof, shot through with the countryside verdancy of mulchy, down to earth hyacinth with its reek of wet bluebell woods, damp oakmoss and bark. A delicious sensual chypré – dry and erotically charged as only things lost forever in time can be.

I had a lover for a while whose mother gave him a beautiful limited edition metal-encased vintage Diorling for his 21st birthday. He was an old (and fabulously camp) soul in a lithe and bitter body. Above all I remember the shock of green leather on his dancer’s skin, almost repellent initially, lying under the canopy of mesmerising floral notes. I was way too young to really appreciate the complexities of such a classic scent but I was surprised by how my memory of it surfaced again when I started wearing Demachy’s elegant echo.

This time around Diorling’s leather is more underplayed, a softer tonal effect, appearing after the floral notes. The bergamot in the head gives the opening of the scent a shivering lift and sparkle, a genuine burst of joy, followed by Demachy’s modern addition of jasmine to swell the heart. This has added a huge sense of beauty and softness to the new version of Diorling, really rounding off any rough edges and I’m smelling galbanum and some soft spice, cinnamon perhaps. The patchouli in the base anchors the new formula in the modern day, lending the structure dirt and roots while the more subdued leather facet takes time to warm up and rise through the preceding materials. 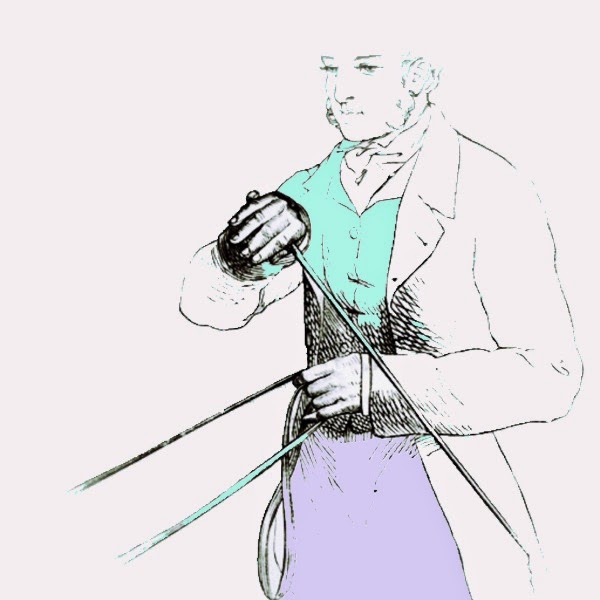 New Diorling is wonderfully desiccated, with the most dusky and capacious drydown. The initial rather feminine decorum soon gives way to a much more ambiguous persona – one of grace, pulchritude and whipcracking bitchery. I like the mix of Jane Birkin, Lady Diana Cooper, Tom of Finland and Christine Keeler all rolled into one gorgeous leather chypré with a hint of fetishism and tweed thrown in for good measure. Honourably re-fashioned by François Demachy Diorling smells bloody amazing. It’s been a while since I wore it properly and for the life of me I can’t imagine why I have been away from it for so long. I had forgotten how beautifully old and sexy it smells. So many vintage style chyprés smell really porny on guys, the butch tailoring and oaky ambiguity now seem so much more suited to the boys rather than any of the piss poor attempts at modern fougères, once the classic guy standard, now so emasculated and oddly feminized with sugars, fruits and candied sweat.

I know the new Diorling is different from the vintage Paul Vacher scent, but that has gone forever. There is sensual meat on the resurrected bones. The juice feels substantial and realistic, a genuine attempt to honour a classic perfume. There is love and reverence in the mix, but also a sense of innovation, an understanding that times change and perfume must adapt and reflect the complex mores and attitudes surrounding them. Demachy’s Diorling is a subtle, dirty lover with secrets and leathered subterfuge. I am more than happy to spend hours lost in the reverie of whipcracks, floral fade and glamour. 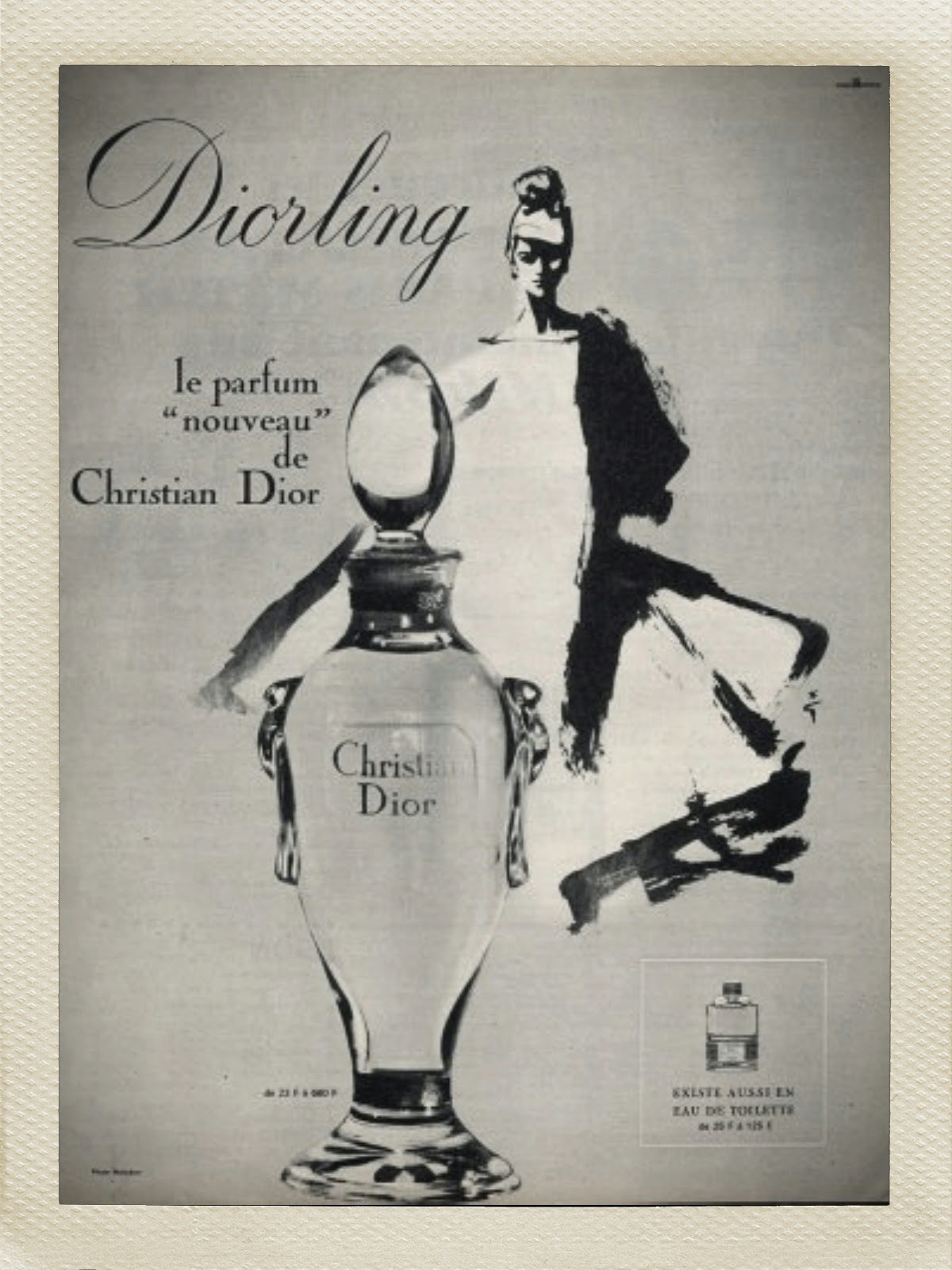