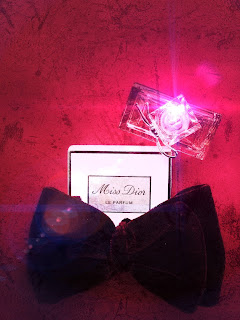 Popcorn dusted in shattered fraise de bois…with a powdery crunch of pavlova. An amber note trailing like peach coloured sun across an evening floor. Roses drifting across honeyed skin. And then a hint of something more louche and trashy - the drift of rolling tobacco in a summer night street; patchouli rolling in bed with vanilla, laughing at the evening stars. These are memories I have of Miss Dior Cherie a twisted sugar-bomb wonder that Dior dropped into the market in 2005. 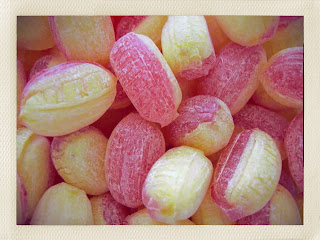 Now we have Miss Dior Le Parfum. Rhubarb and custard candies… pink and beige. Echoes of the original messed –up shattered wonder but with added grown-up knowingness. And I’m in love again. This is just a delirious, velveteen scent, plush and so indulgent. I go through phases of constantly spraying it over my skin, inhaling and sighing. It’s a sighing kind of scent. Generally, it’s private juice, for that just me time. Dimmed lights, a good book, some writing, rose-streaked night sky just starting to chill down. Silence and the cats roaming the rooms like bored naughty panthers.

I’m kinda late to this I guess. I wore the original Nagel scent and adored the riff on Parisian chic meets bubblegum trash aesthetic. The original was the perfumed personification of that gorgeous French teen girl you see on a bus or metro and think, does she just roll out bed like that? Tough and soft pieces of Lou Doillon, Ludovine Sagnier and Clemence Poesy thrown together with arrogance and youthful ease. Then she blows a fuck-off bubble, cracks up and gives you the finger. That was Miss Dior Cherie. Sweet sexy vulgarity that made you feel alive.


I do so love a gourmand, the more unusual the better. Miss Dior Cherie was created in 2005 for Dior by Christine Nagel and like its big candyflossy, fairgroundy matriarch Angel, a very divisive scent; loved and loathed in equal measure. 2005 also saw the enormous success of Flowerbomb (2005) from oddball Dutch couturiers Viktor & Rolf, whose jasmine, musk and meringue-tinted confection exploded across female perfumery. I think perhaps Maison Dior was concerned about the youth factor. There was Addict, successful yes, but unsophisticated and a little tacky. The success of Flowerbomb proved you could create a heady, spinning gourmand confection with real oomph, something that would smell incredible in a club, on a date or dressed up on special occasions. The balance of sweetness and vulgarity was just about right.

When Miss Dior Cherie first appeared, it seemed utterly delightful, seemingly frivolous, pink and deliberately aimed at a very specific demographic: the daughters and granddaughters of classic Dior wearers who had grown up around the luscious classical scentscapes of Miss Dior, Diorella, Dioressence, Poison, Diorling and J’Adore. But these girls needed something of their own, a scent that glittered and sparkled, indulgent but with heft and serious olfactive gravitas behind it. This was the secret to Miss Dior Cherie. The penetrating rebellious intelligence behind the pearlescent party fun.

Over the decades the classical chypré form has been contorted and re-defined out of recognition. There are so many bewildering variations on what is basically a pretty rigid perfume structure. The chypré and the men’s equivalent the fougère are strong, independent and ruthlessly tailored formulae. Many of the perfume world’s greatest exponents of the chypré form have appeared after times of great social upheaval, including war and political unrest. This is people looking for form, rigidity and strength of line after chaos. Mitsouko, Vent Vert, Bandit, Eau Sauvage, Ma Griffe, Cuir de Russie, Tabac Blond and Paloma Picasso are among some of the worlds most famous and genre-defining chypré scents.

The pattern set by François Coty’s famous 1917 Chpyré de Coty was echoed down through generations of fragrances. They were chypré-style scents before 1917, but the coalescing of form came together in Coty’s blend of citrus, floral, woods and moss. This was usually bergamot, rose or jasmine, patchouli and of course oakmoss. These classic ingredients defined the chypré form. Around this scented skeleton could be draped different notes to highlight and dramatise this most androgynous and brutal of fragrance structures. 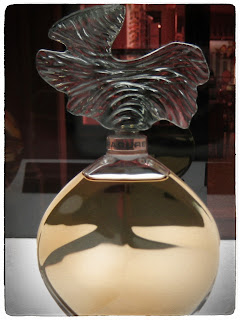 I think we owe the true beauty of chyprés and their magnificent complexities to Guerlain. They looked at Chypré de Coty and saw the flame burning in the ragged dark forest. Take Chypré de Paris, Mitsouko, Parure, Vol de Nuit, Chypré Fatale, Sous le Vent; all elegantly rendered perfumed portraits of this complex and often blurred perfume style. Guerlain bought smoothness and drama to the table, a sense of power that is discernible in all of the world’s best-made chypré fragrances.

The original Miss Dior Cherie was a chypré, albeit a candied carnival one, buried in layers of high volume fruit effects and an intimidating burst of verdant patchouli. The effect was startling, like tripping through funfairs, the smell of toffee apples and warm berried candyfloss on your fingers, listening to shrieking soprano arias on your IPod. The clash of styles, sugar, noise and operatic theatrics are a good reflection of how dynamic and divisive the scent was when it appeared. It smelled a little brattish - tutus and Converse, bubblegum and pink lemonade. But the most important thing was - it smelt desirable, moreish; it made you want to spray it over and over until you just couldn’t take any more strawberry fizz. Under the teenage histrionics though, Miss Dior Cherie had a serious side, a hidden chagrin that spoke volumes about the way its wearers reacted against angst and obtuseness. 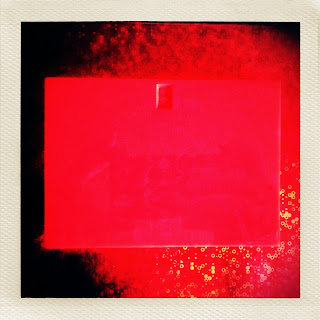 The original formulation pays a debt I feel to Gucci Rush, made by Michel Almairac under the glossy sexed steward-ship of Tom Ford. Luca Turin in his Perfumes Guide calls Rush a lactonic chypré, referring to the massive peach note blooming through it. I used to go through bottles of the addictive red bricks. It smelt so damn cheap and sexy. It needed hot skin, porno or dancing skin, bodies up close and personal. The huge roar of floral notes is coated in hairspray, nail varnish and sun cream. It fizzes and burns. You smell cheap and sophisticated at the same. The diamante thong under Helmut Lang… This will always be Ford’s legacy to style, despite his decidedly hit and miss attempts at couture. He knows that deep down we all harbour a fleshy piece of whore that needs to be polished up and showcased. The outrage and fizzing sexuality of Rush is very evident in the development of Miss Dior Cherie on the skin. It’s more subtle, but no less wanton.

Dior at the time of course was French and bourgeois and too stuck in its ways to really take on Ford. The Poison moment had been and gone with a series on uninspired flankers excepting of course Annick Ménardo’s outstanding Hypnotic Posion, still one of the greatest scents to fuck in I have ever know… I only wear it to bed and not at any other time. Dior plotted a scented outrage. So many people hated the strawberry/caramel/patchouli thing, it was everywhere. You could inhale Miss Dior Cherie off so many passers by, streets awash with fairground cutesy aromas. A lot of people dismissed it as the death of gourmands, claiming that Dior had just jumped on a trend. But it had claws and bit back. Like lippy youth, it had sass and a natural arrogant knowable style.

Girls and young women wanted to wear it because it smelt of middle class rebellion. Nothing too strenuous like actually getting jailed or shit like that, just tagging a shop shutter perhaps or shoplifting a cashmere scarf at Barneys or Printemps. It sneered a little. It felt like something new. Of course it echoed Angel, Lolita Lempicka, Flowerbomb and Dolly Sui stuff, but the trick was the shimmering sophistication of Nagel’s original formulation. The sheer quality of ingredients and Nagel’s chutzpah blending produced a dazzling riff on the chypré, twisting the woods and vanilla until they squealed. Peach pops up a lot in classical chyprés, but using the buzz of wild strawberries instead was genius. Rolling them in caramel was obscene and inspired. Under all the floral play of the original Miss Dior Cherie, the trash and bounce of Nagel’s daring was electrifying.

Then in 2011, François Demachy killed it. The reformulation was terrible, dull and flat. The bounce died. The juice was insipid. The garish shriek that made the original so riveting had been silenced. Adding more vetiver and moss in an attempt to reinforce the chypré aspect of scent actually ruined what had made it so interesting in the first place. It just became another ubiquitous sheer, pale gutless floral. Not surprisingly Dior used Natalie Portman for the re-launch, one of the least interesting actors in the world with the screen presence of an eggshell.

So Miss Dior Cherie became Miss Dior, (Miss Dior became Miss Dior Originale) less the brash gum-smacking teen in couture, more the washed out wallflower aunt who your mother surpassed years ago. I rushed out and bought four bottles of the original, eked them out and then fell out of love.

Demachy has redeemed himself somewhat with Miss Dior Le Parfum however. It is an exceptional perfume. Bold and elegantly constructed, with ravishing echoes of Nagel’s original brew, while still maintaining an identity of its own. It’s as if the naughty bubble-gum blowing Parisian girls have grown up but will still take off their shoes and race you down the street if you dared them. It is the glint of sex and youth under a glamourous floating sheen of ambered roses, peach and vanilla, lit with a deep rosaceous glow. I love it on my skin, quite simply it smells amazing. Honeyed, sweet, rich and jammy. I’m making it sound like a sickly gourmand, but it isn’t, the marriage of Bulgarian and Turkish rose absolutes with patchouli and amber is done with panache and delicacy. It would have been very easy to let the roses bloom and run riot, tipping the formulation into florid excess. The simple touch of mandarin at the top and a lovely reverential lick of the original strawberry and caramalised popcorn notes add great warmth and complexity to a parfum I suspect Demachy has worked incredibly hard to perfect.

As it settles, the use of a swirling vegetal amber note and vanilla becomes almost yoghurty, creamy and rich with a hint of sweet rhubarb. I poach young rhubarb diamonds in Sauternes wine until they barely hold their shape. Then I fold them gently into whipped Greek yoghurt, sprinkle a little rosewater over the top and chill in the fridge for three hours. I can’t help connecting elements of Miss Dior Le Parfum with this dreamy concoction. The scent has a pinkified glamour, a glow and depth I just wasn’t expecting. It is smooth, grown up perfume and I can’t imagine my collection with it now. It comforts me. I’m glad I ignored the flankers, the dullness of reformulation. I wear this with glorious abandonment, lavishing my skin and the air around me with exciting softness. I hope this incarnation stays. It is one of the best so far and contains enough DNA of Nagel’s fabulous original to make it worthy of my love. 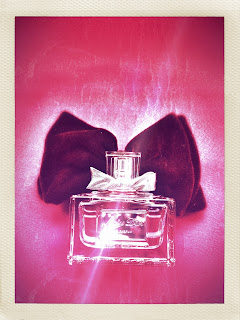