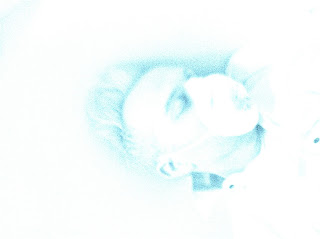 Perfect Sense is filmed on location in Glasgow. The city is elegantly utilised, alternatively desolate and vibrant. It was used as a location for one of my favourite films, Death Watch (1980) by Bertrand Tavernier, starring Harvey Keitel about a man who has a camera implanted in his head so he can record the last days of a dying woman played by a luminous Romy Schneider. Sadly, it was Schneider’s last film and torn apart for American release. The European version is excellent (if you van get hold of it), dark, brooding and amazingly prescient about the ghastly scramble for the horrors of reality television. I saw it years ago and Glasgow glowered off the screen. It came back to me very vividly while watching Perfect Sense, the streets and shadows, the architecture and very particular Scottish light. The city is very much a character, the Clyde, the Necropolis, the bustling wide streets, the banter. Having worked and partied in Glasgow, it was interesting to see the city’s unique blend of industrial and architectural splendour serve a domestic and pandemic backdrop.

As Michael and Susan’s love grows deeper and darker, the emotions become more exposed and raw. They realise the endgame is coming and need to face themselves and love as much as they can. The film raises an age-old adage of what to do or say as time runs out. A scene where they photograph themselves with redundant Polaroid film stock and watch the image develop is very moving.

Their intimacy, kissing, sex and togetherness are very emotive, driven partly by an awareness of time fading. As with all of McKenzie’s films, sex and nudity is natural and urgently sensual. Both Green and McGregor flash great skin, comfortable in themselves and each other. It seems real somehow, fitted together.

Eva Green is a beautiful woman, at her best in this kind of role it seems, a damaged control freak, afraid to let go, longing for love but terribly afraid of the consequences. She is a strange actress, at once incandescent and angry, then tear-swept and terribly moving. Her chemistry with McGregor is palpable and their movement toward something meaningful in the face of multi sensory failure and darkness holds you tight throughout the film.

Michael slowly unravels as his love for Susan blooms and the virus robs him of his senses. McGregor is sometimes accused of being a somewhat shallow actor, surface and little depth. But in Perfect Sense, his movement into the light of love and connection to Susan are committed and emotive. Their scenes together have urgency and a naturalness that makes the oncoming darkness so painful to contemplate.

Perfect Sense depicts a world where we are brutally stripped of the things that define us: emotion, memory, smell, sound, and vision. We are asked to re-negotiate our connections to our loves, environment and ourselves. This was never going to be easy. Many fail; there is rage and violence, tragedy and loss. But also humanity and luminosity amid the chaos and pain. The scene where the characters are overcome with insatiable hunger and devour anything around them is hard to watch. Susan crams roses in her mouth in a deserted car park while the woman she clings to desperately chews on a lipstick from her bag. The hunger subsides. Calm is restored, but the unsettling nature of the scene means we are aware that the virus can burn like fire, consuming without pity.

Virus as metaphor is nothing new. The consumer endgame. The modern fatigue of living, our inability to connect, lost in ourselves, manifest in paranoid disease. Perfect Sense is stylised suffering, an exploration of our tenuous connection to our world and how we really feel, if indeed we really feel anything at all.

I was immensely moved by the film’s exploration of loss; the disappearance of scent and the subsequent spiraling away of associated memories. Never again would the complexities of the brain’s limbic system be triggered by yeast or a split vanilla pod, a snuffed candle or the eerie sweet scent of concrete after summer rain. All of that would be gone forever. This is an unbearable thought. These are huge themes and sometimes the film staggers a little under the weight of them. Some reviews have sniped at the low budget aspect of the film, but so many films have been killed by hubris, sunk by the dazzle of overwrought CGI. The virus and its devastation are realised in subtle detail. It is a human tragedy, not a special effects one. It is also a human drama. We have all the emotion we need to witness in the love and lives of Michael and Susan. The recent nervy coverage of bird flu, foot & mouth and SARS outbreaks has shown us all too easily how the world reacts to potential pandemics.

The final semi-apocalyptic scenes of the film mirror the terrible conflicts within the lives of our protagonists. More senses fade. Communications collapse. The last terrible stages of the virus are rendered beautifully as the world rages against the dying of the light. Michael and Susan stumble their way toward one other in the film’s moving final scenes. I hardly dared breathe. And then I sat and wept.

Perfect Sense is a remarkable film. It was virtually unnoticed on release. David McKenzie also directed Young Adam and Hallam Foe, two other unique and challenging films. Hallam Foe is still Jamie Bell’s best performance and Young Adam reminded everyone just how extraordinary Tilda Swinton was and revived interest in Scottish beat writer Alexander Trocchi. McKenzie has an eye for abstraction, oddness and offbeat sensuality. There is great emotion too; the twisted loneliness of Jamie Bell in Hallam Foe and the incredible pent up sexuality and bitter frustration of Swinton in Young Adam.
I must mention the score. A haunting marriage of strings and heart by Max Richter. Mournful and romantic, it travels through the film, wrapping itself in and out of the character’s lives. It has insistence and subtlety, a gentle sobbing harmony and wide emotive spaces. I listen to it a lot and as soon as it starts I see the film rise up around me, vibrant and alive.

Watch this film. It will move you. As someone who spends a lot of time smelling things and obsessing about scent and the importance of memory; studying olfactory connotations past, present and future, Perfect Sense really affected me, got under my skin, made me ponder and analyse my connections to myself and my scented anchors. I looked at what I loved and wondered…is this enough?

The concept of the SOS virus is terrifying, ruthlessly wiping out what we are, wiping our senses, obfuscating our memories, leaving us behind as something else. Something empty.

In the end, we must touch skin in the darkness and learn to love differently or not love at all.