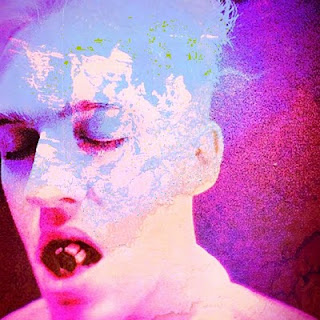 Prada Candy with its golden caramel halo and rumoured 12% overdose of narcotic benzoin (3-4% is the norm….) is the odour of obsession and stalking, the perfume equivalent of De Clérambault Syndrome. Up close and disturbingly personal, every sign, whiff and signal could be interpreted as love and private passion, to touch and consummate skin on skin. This total absorption, the tiniest notes giving the obsessive an affirmation of private and perfect desire. Like the afterglow of an extinguished bulb, the wing beat of a moth in amber darkness. Despite the warning signs, the craving rolls on regardless. The molten attraction of soft golden benzoin cut like class A drugs with white musks and powdered floral accords. Then the pre-Raphaelite honeyed kiss of a drydown, all liquid eyes and trailing limbs.

Candy is one of the most elegant releases so far this year. It delivers a striking but subtle and poignant look at our seemingly endless obsession with gourmand fragrances. Everything about Candy is disarmingly soft and sensual, but this golden hued abstraction is wrapped around an intensely addictive core. It demands to be worn, lavished over the body and inhaled off the skin. It made me dizzy with desire when I first smelt it. I wanted to chew my friend’s hand off when he tried it, it was that sexy. Up close it does very strange things. Now I love benzoin, the more the better, so I knew I would like it, but it stalked me, crept closer, kissed the back of neck and then consumed me.

Of course it’s only a fragrance and a high street one at that, but Prada understand the singularity of oddness, the subtle leverage at the edge of conformity. It’s not the first time Prada have toyed with benzoin. Daniela Andrier’s niche Exclusive line for Muiccia four or five years ago resulted in some truly extraordinary fragrances that were around all too fleetingly. Single note essays in purity and abstraction they were presented like art, stripped down and offered up as gifts to the gods. They included a very haunting take on myrrh, a creamy and obsessive glowing leather: Cuir Ambre and a smoky and ritualistic Oppoponax. Despite myself I also loved the Toulouse Lautrec dazzle of Oeillet; a near perfect rendition of dizzying clove dusted carnations.

The standout was No 9 Benjoin in 2007, a stormy marriage of bigarade and benzoin tears. It was a shocking scent. Vegetal, hot, spiced, sweet and incredibly heart-breaking on the skin. It moved and shifted like a virus, virtually impossible to identify as it sweetened, spiked and licked seductively at the senses. Part of me laments the rarity of the Exclusive line, but the other part of me secretly smiles and privately remembers the beauty.


You could argue that we don’t really need another gourmand, but Candy is perhaps more of an atmospheric, something to apply liberally, while waiting for events to unfold around you. The use of benzoin is more muted, more encompassing. It embraces you. No 9 Benjoin was astonishing but too overwhelming to wear all the time. Small fixes were beautiful, like head rushes of golden stars. Daniela Andrier has shifted her vision with Candy. She is a very stylish and wistful perfumer at times. I have not always liked her work. There is sometimes a rather over heavy formulaic Givaudan stamp on her work. She is based there and married to Gilles Andrier, the CEO of Givaudan.


Marrying that vision to the Prada aesthetic and the high street is no mean feat. Yes, the trademark light and shadow framed by amber is there, the delicate balancing of powder and floral notes with a haunting sense of musk as aura. But Candy is fun and sweetness and smoke; the benzoin threading a resinous line of comfort through the scent that belies its name and pink packaging. There is always a wry smile at the House of Prada. Poured onto the skin, this playful scent melts into a sweet and sighing end. It’s hard to stop inhaling your own skin. The marriage of paper toned vanilla and caramel has rarely been bettered. It is subtle, rising, falling and flowing enigmatically across the skin like liquid cashmere.

The alluring campaign is the work of Jean-Paul Goude, one time lover and Svengali of awesome amazon Grace Jones. Tugging and borrowing at multiple visions, Goude has created a quirky and roaming body of multimedia work, from album covers and videos to the French bicentennial celebrations. Just when I was getting sooooooo bored of actors fronting fragrance campaigns... (With the haunting exception of the sphinx-like Charlotte Gainsbourg for Balenciaga), Goude gives us Léa Seydoux, one of the most animalic creatures to ignite screens in years. She is quite simply a burning flame. In the film Plein Sud (Going South in English) directed by Sébastien Lifshitz, Seydoux plays that most typical of French hair-tossing prick teases, seducing her way through the countryside as she keeps secrets, betrays and fucks with brutally needy ease. The opening scene however where she dances outrageously to Shoot the Runner by Kasabian is gorgeously sexy and the film is worth watching for this alone. There is something incredibly wild and untamed about her. She brings something of this rawness to the Candy campaign, despite the grooming, the makeup and the flawless finish. It’s in the eyes, the caramel depth and pout of the lip. (And of course her gorgeous flash of pink knickers as she runs wild in the video…..)

I think Candy is very ambiguous; it has girly girl and screaming queen splashed all over the pink retro campaign. But not since Candy Darling shaved his legs and became a she has something slipped quite so seductively across the gender divide. Candy has Warhol Factory style, teasing pop ambiguity and an elegant craving for attention and fame. On boys like me and my friend E, the eccentrically scented Just Another Man About Town*, Candy is just a little more twisted, trashy and moreish, sliding into smoky Aztec chocolate with a sigh of regret and a kiss-off to the night. On girls of course is it glorious, radiating sweet naughtiness and hints of golden promises licked from fevered skin. Go and try it, you’ll crave yourself.

*Big thanks to E. Star of the photo for this post, all hail fellow scented warrior.